Sustainability In Film Photography: Is It Possible?

LOW LEXUAN explores sustainable film photography and how both individuals and businesses can help keep this industry as sustainable as possible.

The first Kodak camera was introduced in 1888 by George Eastman, who was the founder of Kodak. Photo courtesy of Aryanee Nair. 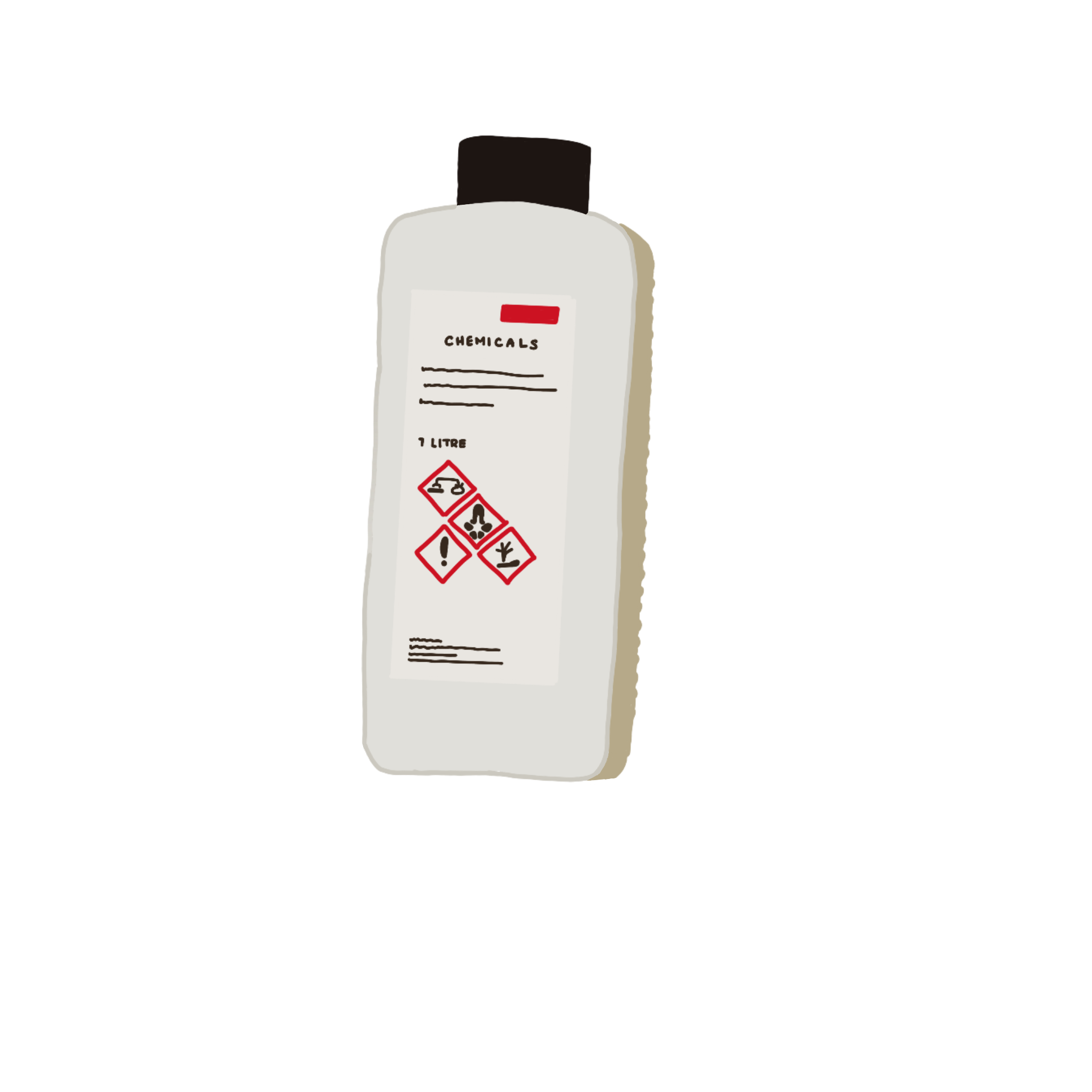 Your Instagram and TikTok feeds have probably flooded you with a fair share of videos where people showcase their favourite aesthetically pleasing developed films.

Mr Goh Rhay Gynn, 25, founder of FILEM SINGAPORE, a film camera shop in Singapore, says that film photography is now a “novelty” and it’s becoming popular due to celebrity influences.

Film Photography’s Impact On The Environment

While film photography can be fun, the issue of sustainability arises with it. According to The Photography Professor, film photography is known to be bad for the environment due to the harmful chemicals used in the process of developing films. If the chemicals are not disposed of properly, they can potentially be washed into drains, polluting water used for drinking and ultimately the ocean, harming sea life.

Mr Samuel Lee, 25, technical director for filmm.io, an online film camera shop in Singapore, said: “If you just look at C41 processing, which is the normal process for all colour film, it’s actually incredibly toxic to the environment, and [the chemicals] cannot be thrown into [a] sink just like normal wastewater. They need to have specialised treatment facilities before disposal.”

However, is sustainable film photography impossible? No, not really. Film camera shops such as FILEM SINGAPORE follow the proper procedures to dispose of the chemicals used during film development.

Additionally, Mr Goh said: “For our black and white processing, we use 100 per cent environmentally friendly chemicals so you could pour it down the drain and it wouldn’t affect anything.”

“Even though the chemicals that we are using [are] more expensive and lower our profits and all, I feel it’s necessary to progress film photography in the future,” he said.

filmm.io also practises sustainability to the best of their abilities. For filmm.io, Mr Lee said that they work “with the suppliers and vendors to ensure sustainability, [and that] it’s all the way through in the supply chain”.

filmm.io provides a variety of film cameras to purchase at student friendly prices. Screenshot taken from @filmm.io on Instagram.

How Can One Play A Part In Sustainable Film Photography

As individuals, how can we too keep film photography sustainable? One way is to reuse your old film canisters.

“The canisters come in this nice plastic case that can be reused to store little trinkets rather than just [being thrown away],” said Mr Lee. 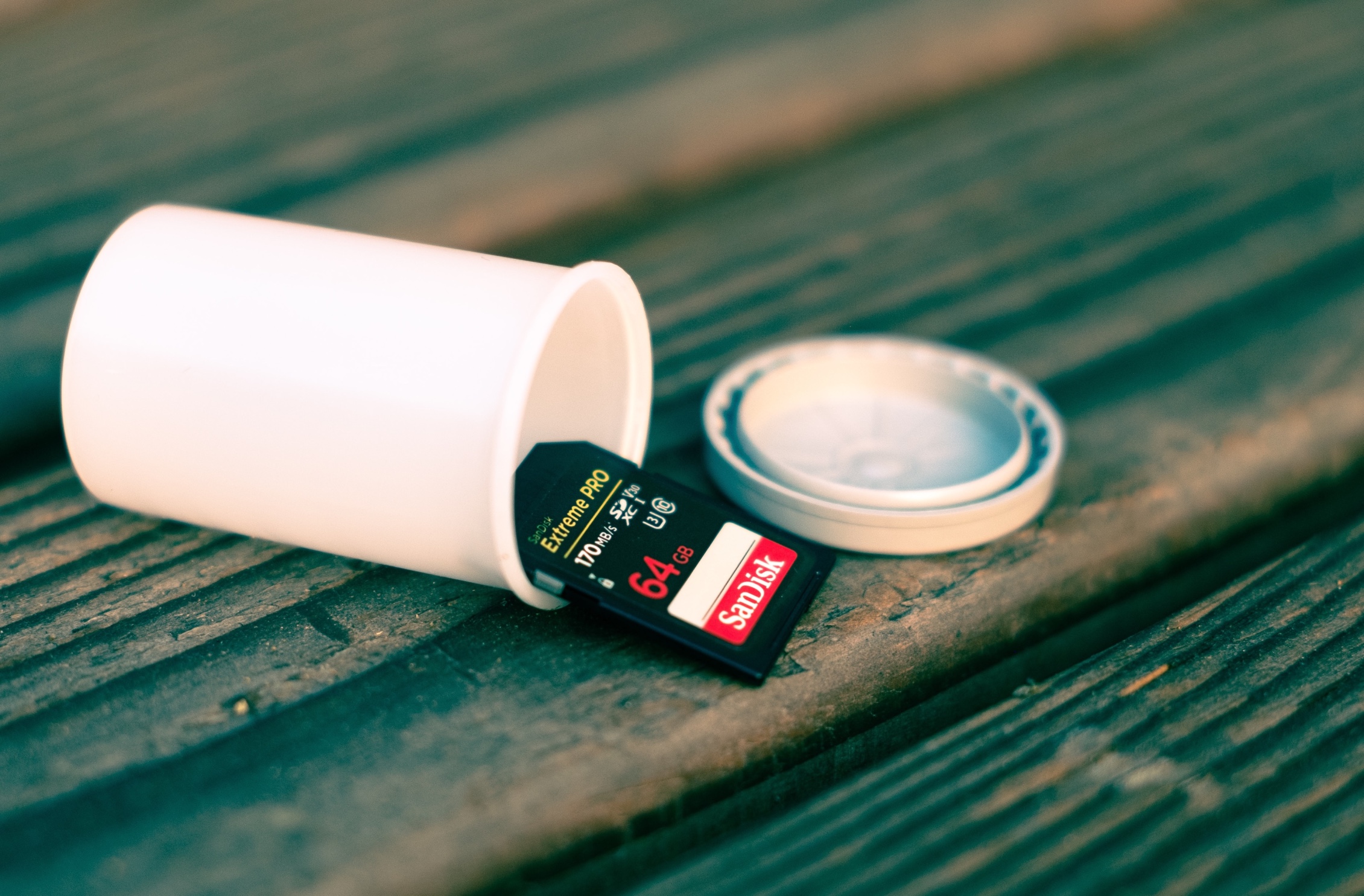 Once you feel that you are committed to film photography, the second way is to invest in a sturdy film camera, preferably second-hand, instead of buying multiple disposable cameras. This way, less waste is created.

Generally, second-hand cameras are more sustainable compared to new ones. Mr Goh said that currently, “there’s a very limited [number] of new cameras” and the cheap, newly-produced cameras break easily and “work like a disposable”.

On top of sustainability, second-hand cameras also have something meaningful about them.

“There is a value or even a beauty in this vintage camera. Those little marks and scratches that you see on a camera is actually just a testament to what it has gone through. It’s actually a piece of history you’re holding in your hands,” said Mr Lee.

Those little marks and scratches that you see on a camera is actually just a testament to what it has gone through. It’s actually a piece of history you’re holding in your hands.

Not only is investing in a film camera more sustainable, it comes with an advantage too.

“Disposables are definitely going to be expensive in the long run because each camera is like $20 plus now… . Think about it, if you buy four of those, it’s like one camera,” said Mr Goh.

If you find yourself feeling unsure whether or not to invest in a film camera, there are ways you can try out different cameras before making a decision.

“You should rent, or you can borrow from your friends. Or before buying a camera, you can ask your family at home if there are any hand-me-downs or what,” Mr Goh said. “Who knows, you might find a $10,000 camera.”

For Chan Rui Qing, Ashley, 19, who has been doing film photography for about four to five years, her first foray into film photography was via a hand-me-down Canon Prima Super 135 Caption camera from her father.

“I kind of really like it. It’s similar to a digital camera, because the photos produced are really of high quality,” Ashley said. 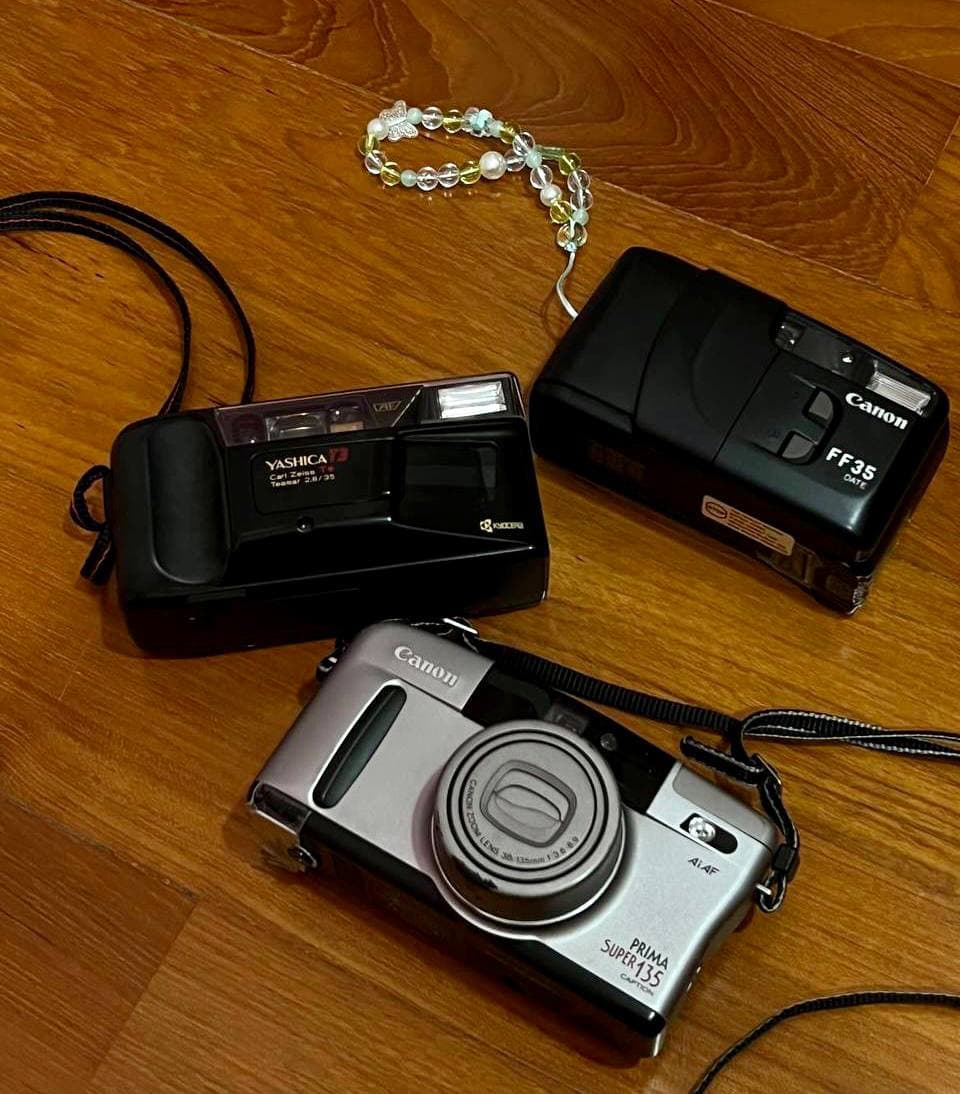 Ashley decided to invest in two other film cameras after starting off with a hand-me-down camera (bottom). Photo courtesy of Chan Rui Qing, Ashley.

Ultimately, one has to make sure that they are willing to commit to their film camera. Otherwise, it is still not sustainable.

“We understand people who buy a camera and after a while, they don’t really like it and just throw it away or [it] just sits there which is very sad,” said Mr Goh.

Mr Lee said that if someone rarely uses their film camera and leaves the battery to die inside the camera, it is almost equivalent to the negative impact caused by using a disposable camera.

“I just kind of feel that whoever’s wanting to commit to film photography, they need to know that it’s really purely out of interest, not because of trends,” said Aryanee Nair, 18, who has been doing film photography since 2018.

I just kind of feel that whoever’s wanting to commit to film photography, they need to know that it’s really purely out of interest, not because of trends.

Has been doing film photography since 2018 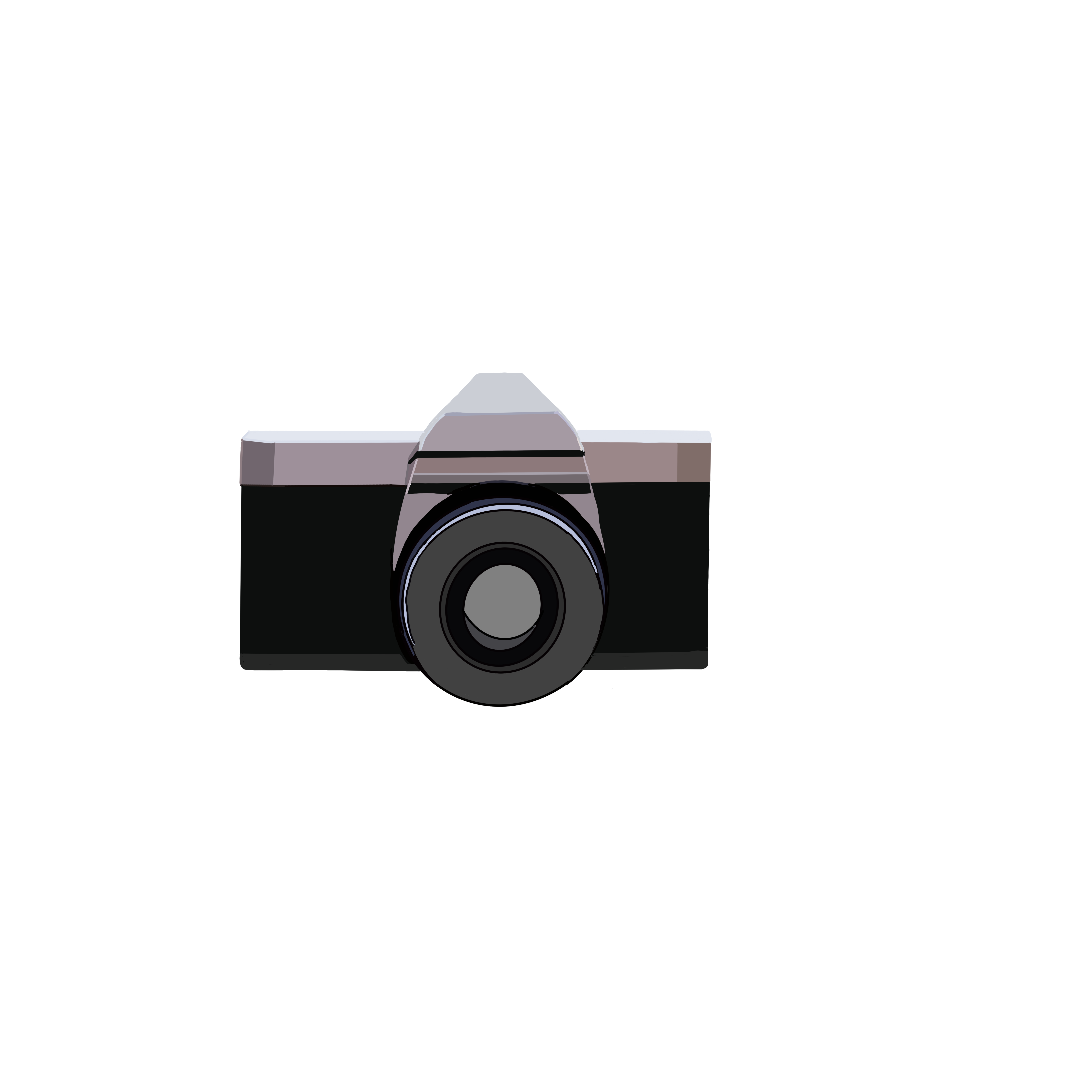 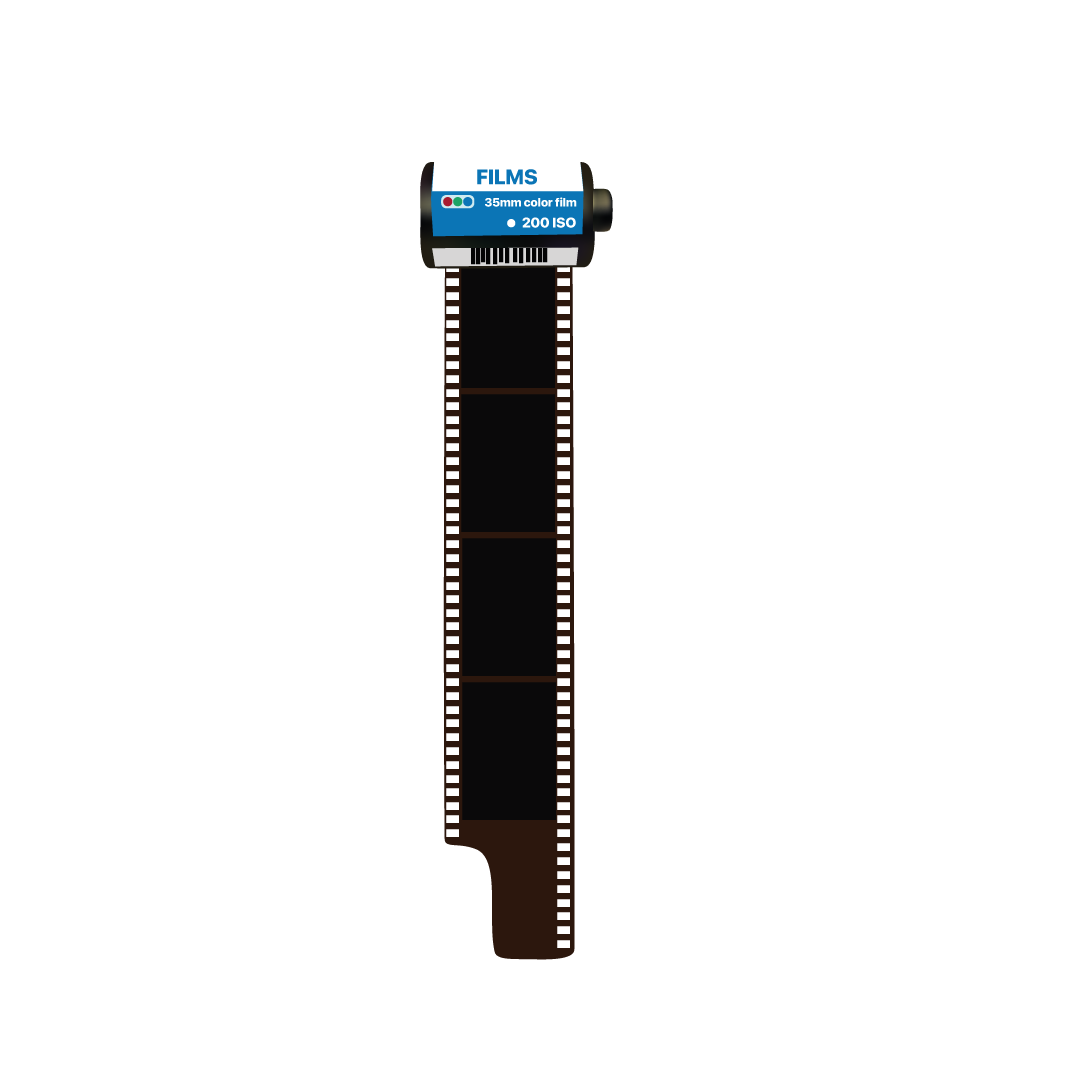