Hookup Culture: Is It Dangerous or Liberating?

Casual sex was once a taboo topic in society, but not anymore. Noreen Shazreen delves deeper into the risks and benefits of hookup culture that is becoming more pervasive in Singaporean society today.

“Booty calls” are sexual invitations that are widely known in the hookup culture. Photo taken from Unsplash.

Growing up in a fairly strict and conservative Asian household, sex was never a topic of conversation for my family at home. Even using the word “sex”, along with other anatomical terms like “vagina” and “penis” feels inappropriate in a country like Singapore, which is widely known for its conservative culture and attitudes towards sexuality.

The first time this topic ever came up in my conversations with friends was when I was a freshman at polytechnic. I began to realise that there was a shift in attitudes towards sex just by listening to those around me; friends recalling their one-night stands with mutual friends, girlfriends recounting their online dating experiences, and guys talking about their on-and-off flings.

How did mindsets change towards sex?

Our relatively conservative country has slowly shifted from censoring films with graphic and sexual scenes to slowly accepting sex as a legitimate form of sexual expression. According to a poll done by Her World in 2010, 67 per cent of Singaporean women think that casual sex is acceptable in society.

For a country that prides itself on having Asian values and abstaining from sexual activity before marriage,​​when did we start being open to sleeping around with strangers or having multiple sexual partners?

For many Singaporeans, the teenage years represent a period of coming of age liberating time, with some exploring their sexual identities and freedom. Photo taken from Unsplash.

Although contraceptives have been commonplace in Singapore since the 1970s, two surveys done in 1989 and 1992 show that Singaporeans still held sexually conservative attitudes during that era. 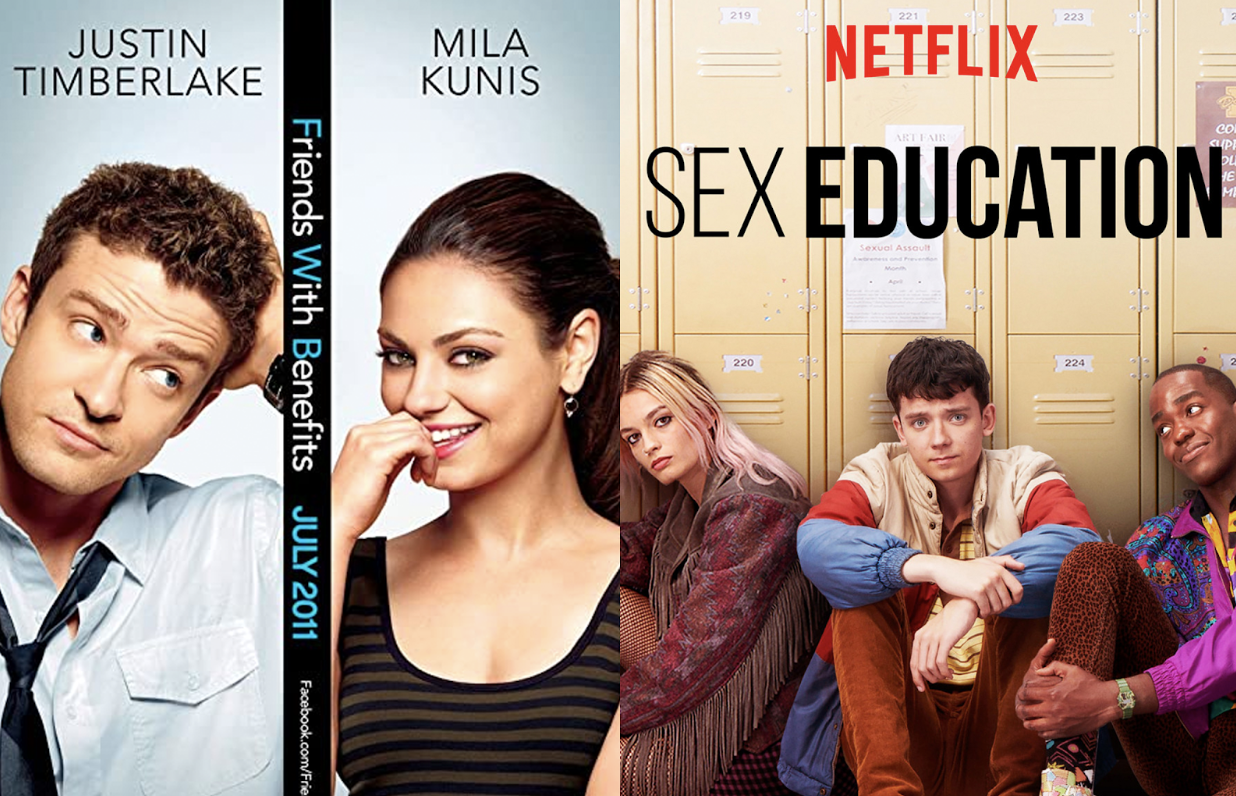 Starring Justin Timberlake and Mila Kunis, Friends with Benefits (left) is a romantic comedy that addresses the issues that come about after having casual sex and not committing to a relationship. Photos taken from Amazon and Amazon.

Historically, hookup culture emerged from the United States, where students engaged in on-campus hookups and other sexual behaviours without the supervision of chaperones. Slowly, it became a way to experience college life and it drew intense media attention to the realities of the college experience. Instead of focusing on education and getting a degree, attending college is now linked to the idea of being young and carefree.

With Hollywood films like Friends with Benefits and Netflix’s hit series Sex Education portraying casual sex in a positive and lighthearted manner, Western media has shifted the way people think about sex and slowly contributed to the progressive attitudes that many younger Singaporeans now have about casual sex.

Music videos, songs on the radio, and even the rise of pornographic videos on social media platforms also relay a message to all of us; that engaging in pre-marital sex is becoming the norm.

“The influence that Western media has on young adults in Singapore makes it such that their views are far less conservative compared to the previous generations,” says Sakthi Kumar, 19, a fresh polytechnic graduate.

How is online dating in my youth related to hookup culture?

The teenage years are a time of self-discovery and self-identification for youths, coming after years of conforming to the stereotypical image of the Singaporean student.

These are the years in which teenagers become independent and undergo pivotal milestones in their lives. For some, that includes embracing their sexuality and exploring their sexual freedom.

The increase in online dating due to the COVID-19 pandemic opened doors for meeting new people and allowing individuals to select their potential mates for casual hookups. During the circuit breaker alone, Paktor, a Singaporean dating app, had seen a 10 per cent increase in new users and an increase in their app usage. 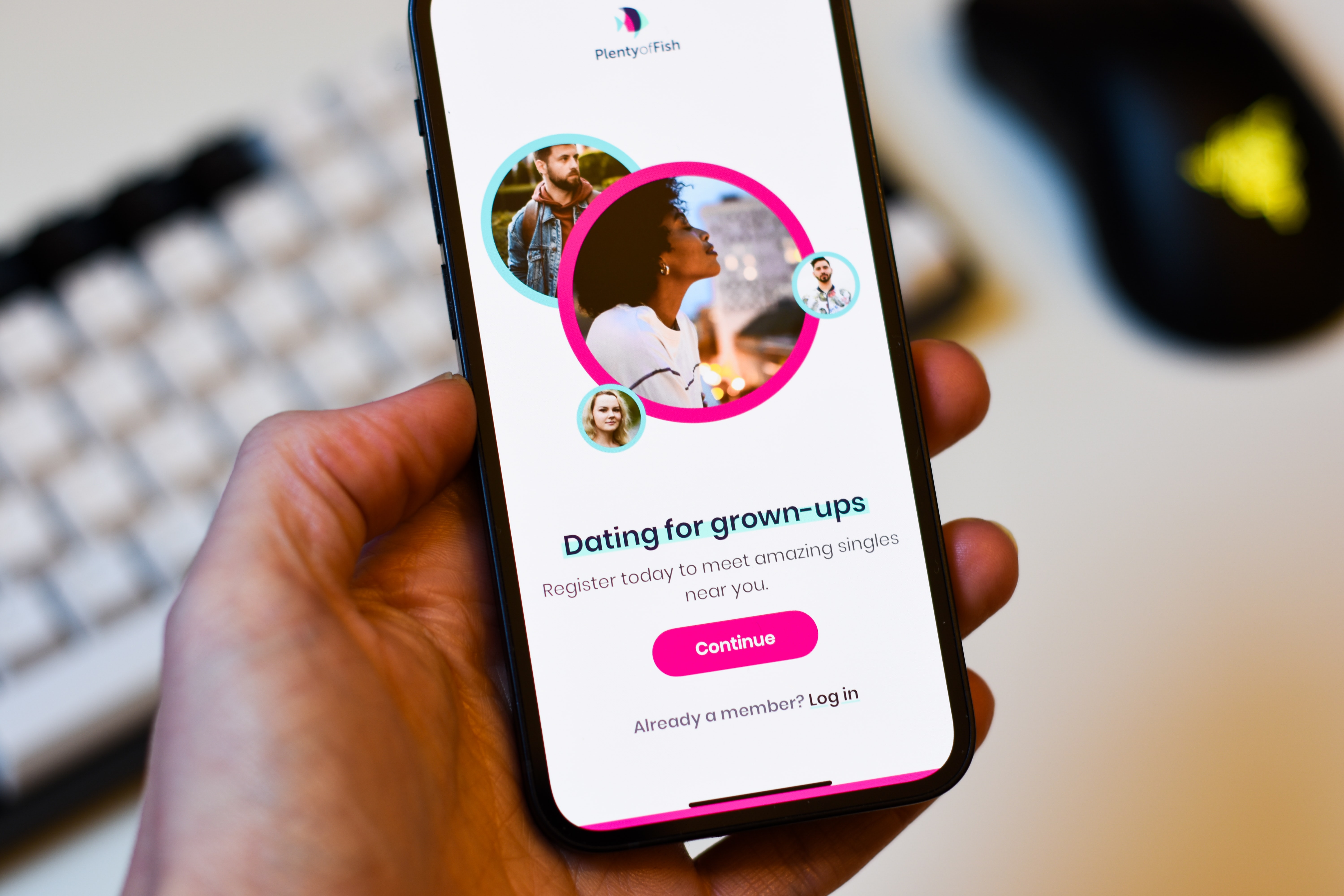 The rise in popularity of online dating apps in recent years has widened the pool of available opportunities for casual sex. Photo taken from Unsplash.

“Youth and millennials are more open to the idea of separating sex and emotional intimacy. Sex can be a very intimate thing for some. But for others, it’s a matter of pleasure and enjoyment and there’s nothing wrong with either,” Lydia says.

Other than the potential spread of STIs, there is also the risk of pregnancies occurring if unsafe sex is being practised.

“I have had friends who are cautious and test themselves regularly but still contract STIs because of their partners, and also friends who hook up blindly and get STIs which they have to end up forking a lot of money for. Having sex is easy but dealing with the consequences can be a long and expensive process too,” Nadia Pratiwee, 21, an undergraduate says.

Despite youths being more open to casual sex, some may struggle to discern meaningful relationships from casual sexual encounters as they grow older, which can negatively impact their self-esteem and view of relationships.

According to an article by Psychology Today, even though hook ups can provide a degree of physical comfort to the parties involved, they can also lead to many psychological effects like depression and anxiety.

The Different Perspectives Towards Hookup Culture

Depending on how one looks at it, hookup culture can be a dangerous or liberating experience.

“I think it’s only dangerous when men think that we’re obliged to hook up with them just because they’re nice to us while chatting online or on a date. People think hookup culture is so easy, but I don’t owe you anything for basic respect towards me,” Nadia says.

For some, it is a matter of emancipation to be able to be completely upfront about their sexual needs and desires without fear of stigmatisation from society.

“It’s liberating because I believe in being open about my sexual needs and desires, and just celebrating the fact that it’s something we can all enjoy. However, there are many negative effects that can come along with hookup culture, and I think it’s very important for people to look out for another and educate each other.” says Lydia.

“It’s liberating because I believe in being open about my sexual needs and desires, and just celebrating the fact that it’s something we can all enjoy. However, there are many negative effects that can come along with hookup culture, and I think it’s very important for people to look out for another and educate each other.”

(Not her real name)

While Singapore has shown progressive improvement in attitudes towards liberalism and casual sex, Nadia feels that most people are still ashamed to talk about it out loud due to the negative connotations associated with it.

“It’s probably because of our Asian upbringing which brings about this shyness to speak about anything related to sex because it’s deemed as ‘immoral’,” says Nadia.

“It’s probably because of our Asian upbringing which brings about this shyness to speak about anything related to sex because it’s deemed as ‘immoral’,”

Some youths like Sakthi do not plan on engaging in casual sex due to the lack of emotional intimacy it involves. However, he is still hopeful that Singapore will become more open-minded about topics that are considered taboo in Asian society.

“At the end of the day, just like everything else, hookup culture is just there and it’s really a personal choice whether someone wants to participate in it or not. I think it’s important to understand yourself and listen to your needs before you decide whether or not this is for you,” Lydia says.