From memorised scripts written by someone else to meticulously planned set-ups to hide any semblance of fan-generated wealth, people have started to question the sincerity behind apology videos. Are these influencers really sorry? Or are they simply taking precautions to protect their wallets? Genevieve Sia shares the biggest giveaways of an insincere apology.

Some of the most viewed YouTube apology videos, raking in over millions of views online. Screen captures by Genevieve Sia.

I’m sure we’ve all seen our fair share of apology videos. From the deep sighs to the promises to do better, apology videos have become such a common occurrence that people have started viewing them as jokes.

James Charles, a famous beauty YouTuber with 24.1 million subscribers, even held an “Apology video” challenge on his reality show, Instant Influencer, which involved him having to teach contestants how to craft the perfect YouTube apology.

Although it is unclear when the first ever YouTube apology was posted, parodies have been circulating online since as early as 2015. “Sincere Apology”, the first known apology parody was posted by YouTuber PBGGameplay whose video  garnered over 1.5 million views. Over the years, more and more of such videos have surfaced, turning influencer apologies into memes. Some examples include “Reacting to Influencer Apology Videos” and “Rating Youtuber Apology Videos”. 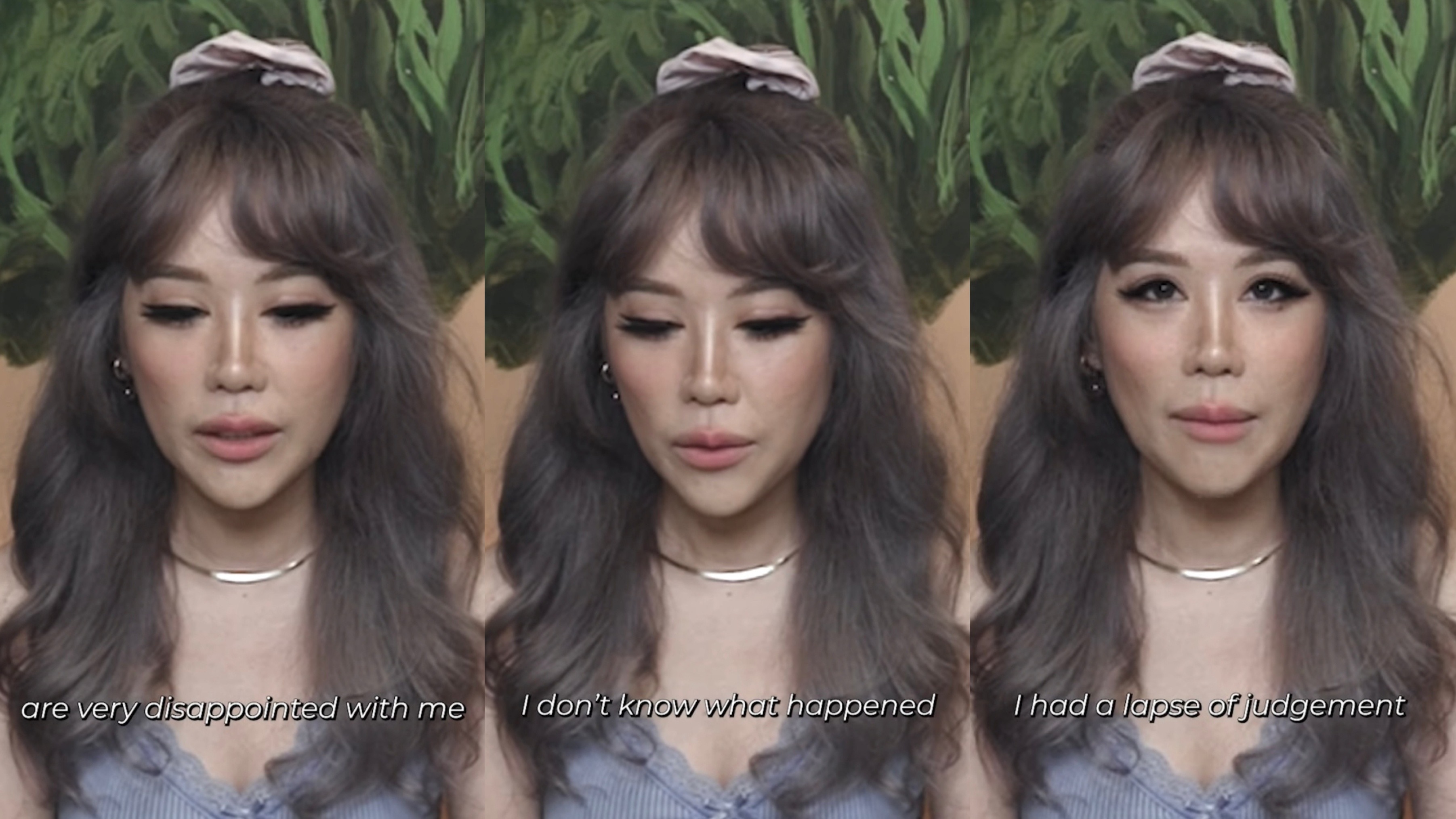 Xiaxue reenacted what she thought was a classic apology script. Photo taken from episode 4 of FIRST DATES.

Having trouble deciding if your favourite influencer is really sorry? Presenting, How to: Apology Videos 101 (HYPE’s version), where we share with you the tell-tale signs an apology is probably disingenuous. 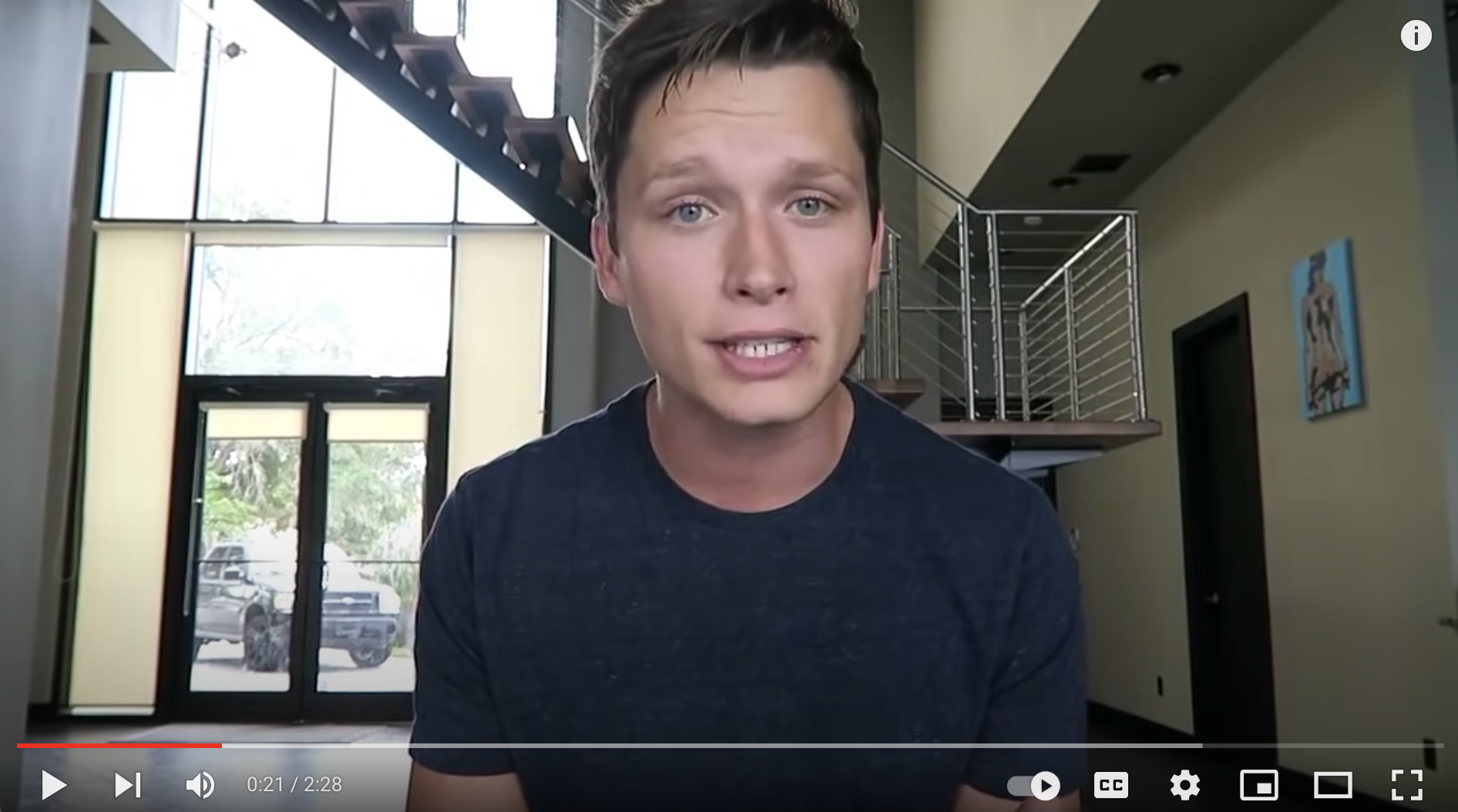 While most influencers choose to film their apology videos with simple backgrounds to seem more down to earth, TmarTn showcased his expensive mansion and even included his car in the shot. Screen capture by Genevieve Sia.

Gaslighting is often used when an influencer manipulates their audience into questioning if the latter is really wrong. Simply put, this is apologising, yet not really apologising. A prime example would be TmarTn (not his real name)’s now deleted YouTube video, where he “apologised” for an online gaming lotto scam. If you are unfamiliar with the saga, you can read more about it here.

In the video, TmarTn used phrases like “I’m sorry to each and every one of you that felt like it was not made clear to you” and spent more time defending what he did and that it wasn’t illegal, than he spent actually apologising. Basically he’s saying, “I didn’t do anything wrong, if you find it offensive, it’s on you!”

The legendary video was dubbed the “Worst Apology Video of All Time” and has since been re-uploaded by others just so it will never be forgotten. You can watch it here. 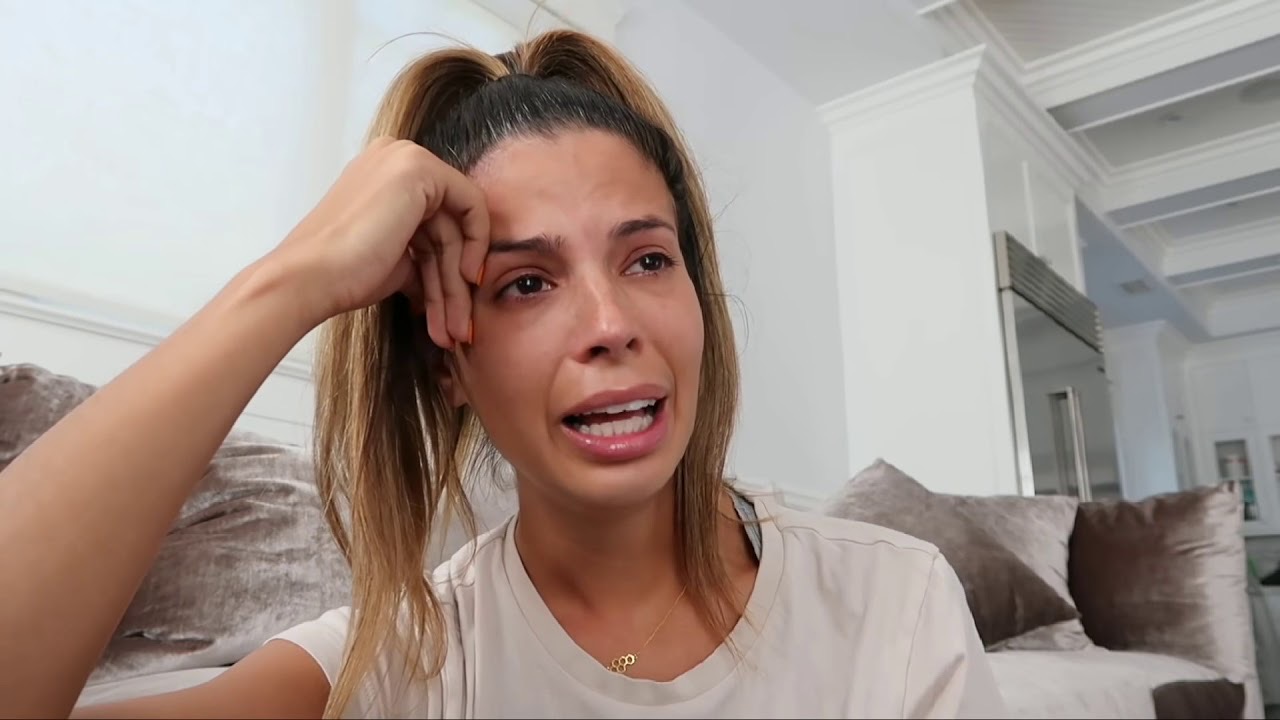 Xiaxue reenacted what she thought was a classic apology script. Photo taken from episode 4 of FIRST DATES.

In 2018, Laura Lee was slammed after the racist remarks she had previously made on Twitter resurfaced. In her now deleted YouTube apology, comments picked on how she was constantly wiping her face, yet there were no tears. You can watch the re-upload by another user here or read more about her scandal here. 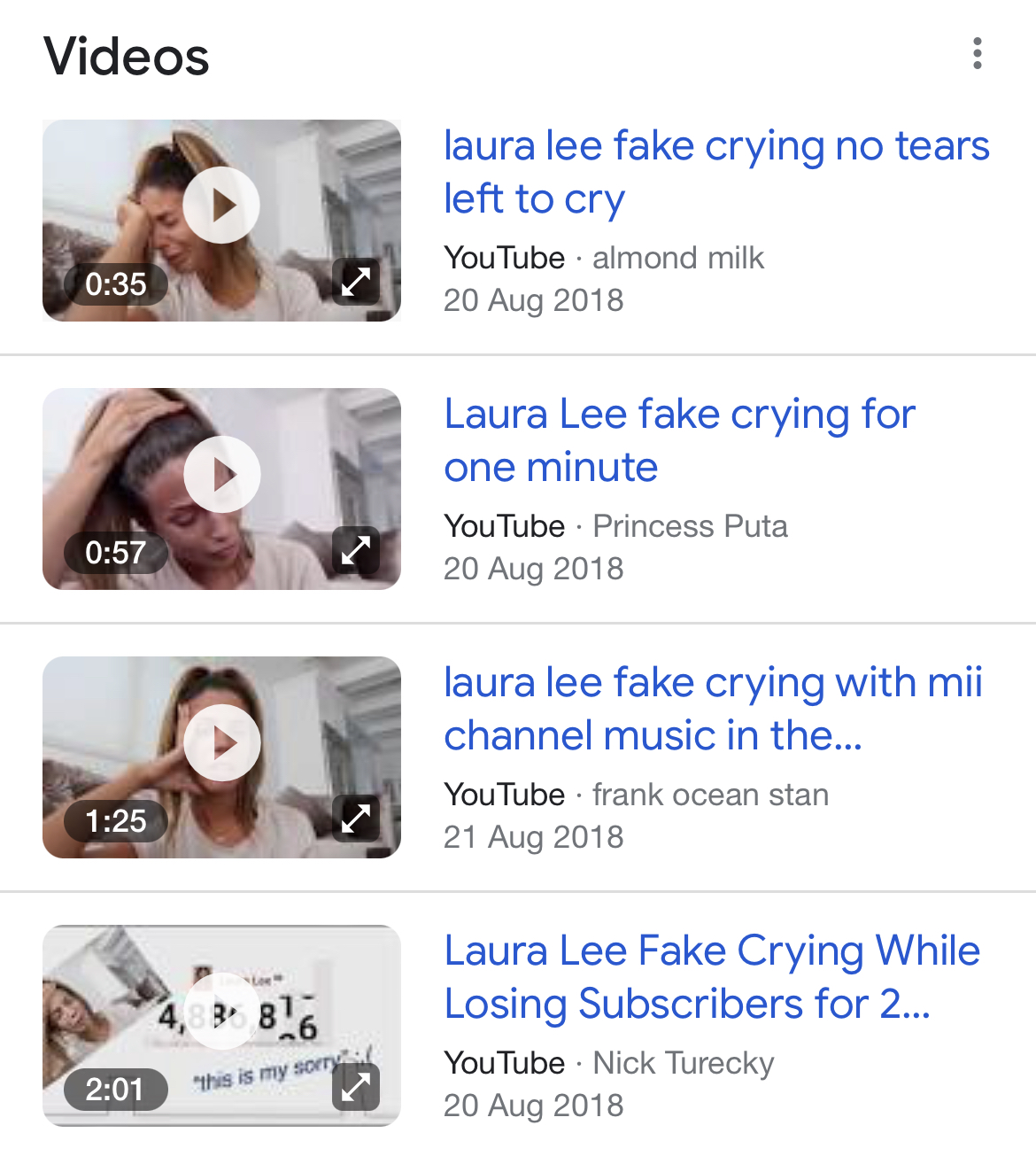 After the video was released, many made their own quirky edits, mocking the situation. Screen capture by Genevieve Sia.

Rather than gaining forgiveness, Laura’s faux tears had the opposite effect and viewers took to Twitter to express their disappointment with her insincerity. The backlash she got for her crocodile tears eventually pushed her to delete the apology video. 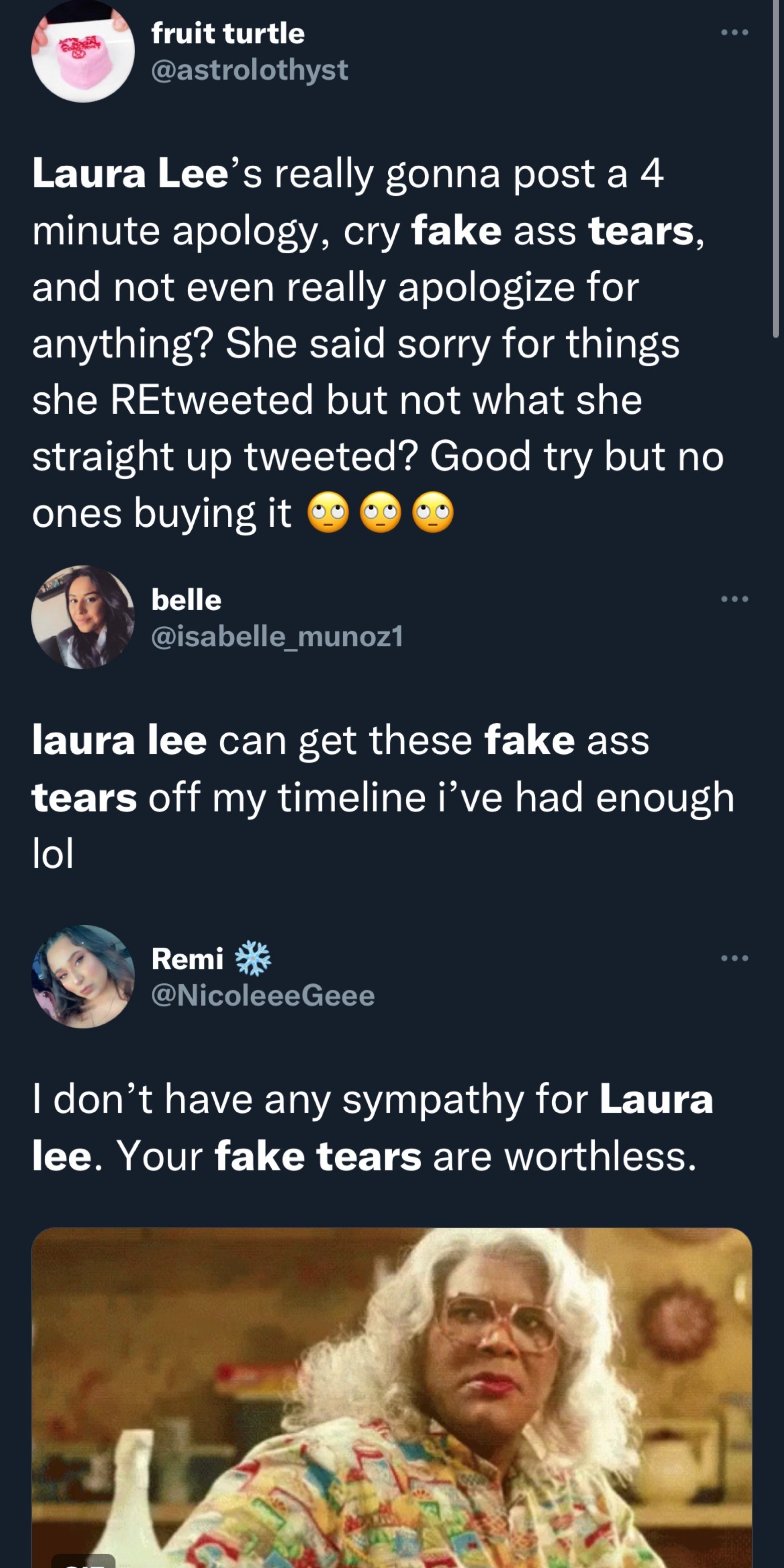 The moral of the story is that if they have to go to such lengths for sympathy, they probably aren’t that sorry. 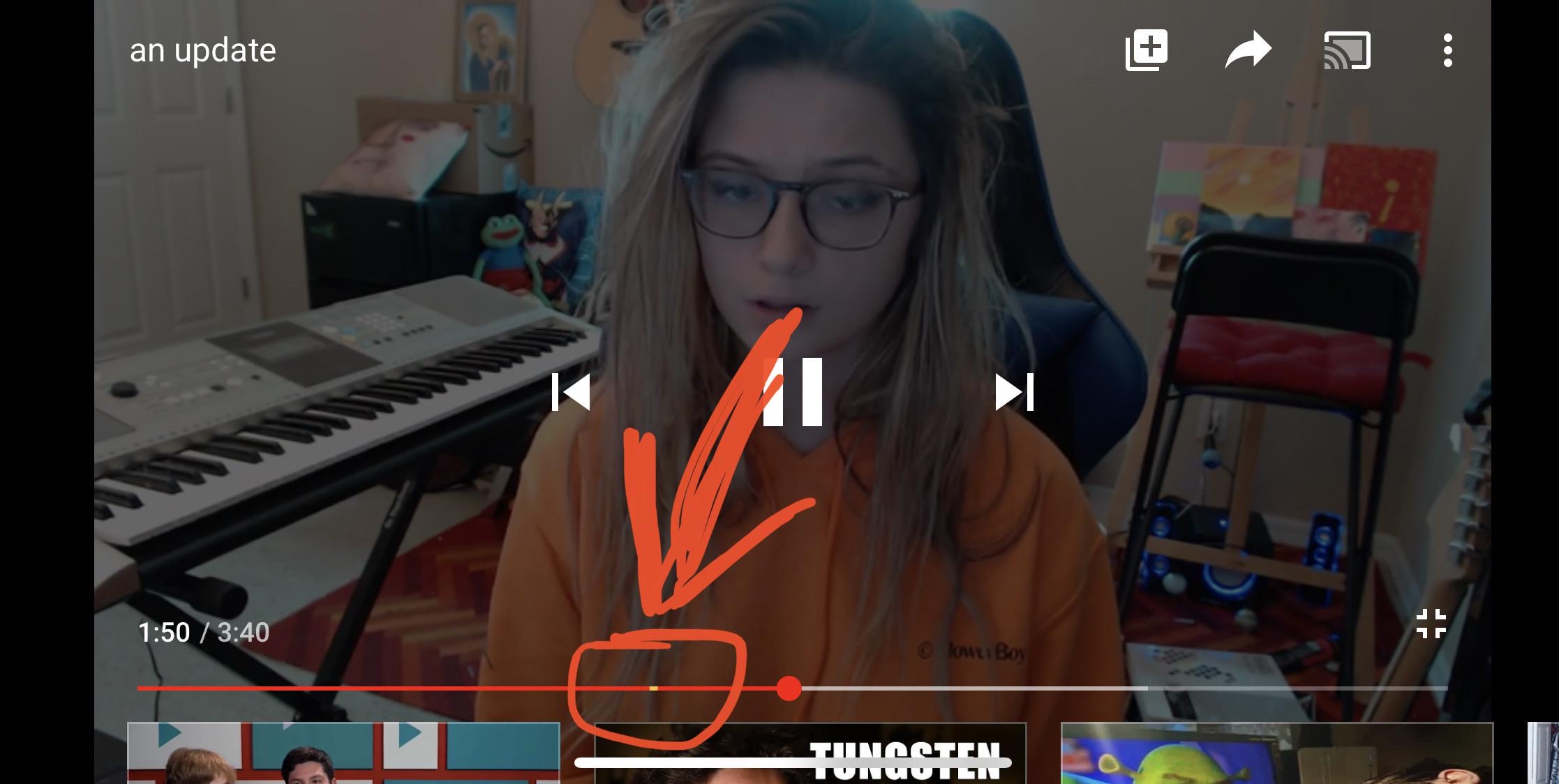 Although she took full accountability for her actions, some viewers noticed an advertisement break around the one minute mark.

For most YouTubers, a large part of their salary stems from in-video advertisements. By monetising their videos, they receive a cut every time a viewer watches the advertisement.

As it is human nature to be curious, apology videos tend to garner a large amount of views both from subscribers and non-subscribers. As a result, YouTubers tend to leave those videos non-monetised to not seem greedy.

Since the video is now deleted, it is unsure if the advertisement break was a glitch on YouTube’s part, or deliberately placed by Katerino herself. However, leveraging off your wrongdoings and the curiosity of others probably isn’t the best idea when trying to seek forgiveness.

The fact that all three of the videos above have been deleted because of the backlash the YouTubers received emphasises how terrible and insincere their apologies were. Your favourite influencer is involved in a new scandal? Remember to look out for gaslighting, fake tears and advertisements in the apology video.