Once Upon a Time In Hallyuwood

Charleen Leonita looks at the incredible buying power of the K-culture fandom and how it transcends borders to become 21st century’s biggest cultural export in the world.

Hallyu continues to be a global phenomenon with a growing number of international fans appreciating Korean culture. Photo taken from The Korean Herald.

The Korean pop culture, also known as hallyu, has been breaking charts across the globe, reaching an all-time high in popularity. With world-famous K-pop stars like BTS and Blackpink, as well as Oscar award-winning films like Parasite, it seems as though the world has become South Korea’s biggest fan.

Even South Korean beauty and food trends have permeated a multitude of countries, from Asia to the Americas. Just what is it about Korean culture that makes it so appealing to Singaporeans and others?

“Korean culture has become increasingly popular around the world, I even know international fans ranging from as young as 10 to as old as 70,” says Audrey Lim, 21, a Singaporean who was born to a Korean mother. Hallyu has not only influenced the dedicated K-pop fans, but has become relevant to a wide range of Singaporeans.

The stark incline in Hallyu’s popularity comes as no surprise: East Asian entertainment has been largely influential in pop culture for quite some time. Take Japan with their unrivalled success in anime or China’s affinity for romantic ballads in the 90s, and you’ll realise just how much impact these influences have had on the entertainment industry on a global scale. 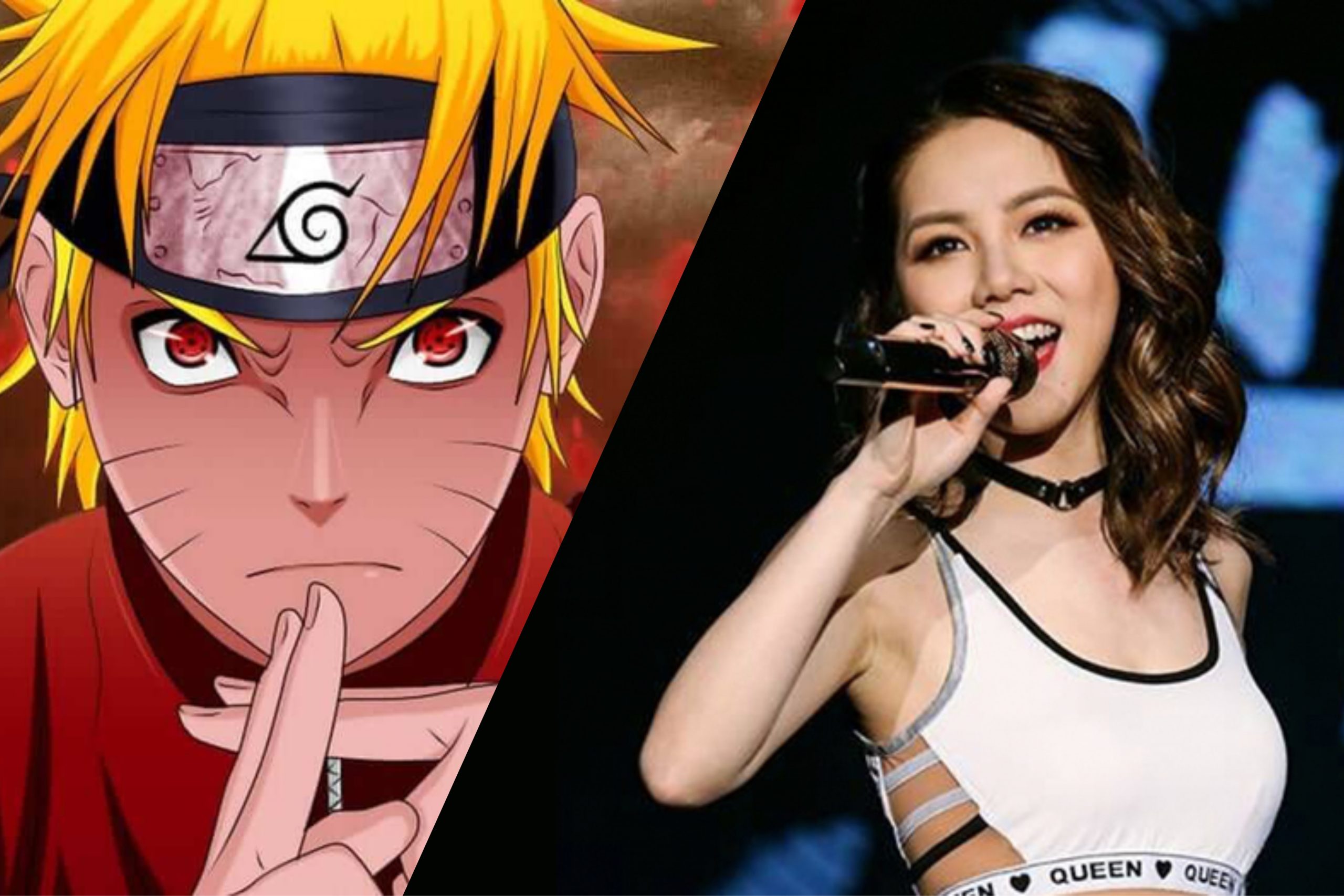 Naruto (left) and G.E.M (right), both popular figures in Japan and China respectively, and are known internationally as well. Photos taken from Insider and Hotpot.tv.

“Amongst all the Asian countries, China, Korea and Japan have the largest entertainment industries and they take great pride in it,” says Audrey. “However, it seems like in this day and age, Korea is one of the forerunners in the industry.”

Audrey explains that back then, Korea had taken inspiration and adapted several films and music from China and Japan during their peak in the 90s, but slowly started to showcase their own unique culture to the world that has resonated with millions of people.

Today, films and reality shows from Korea are often adapted and remade around the world. 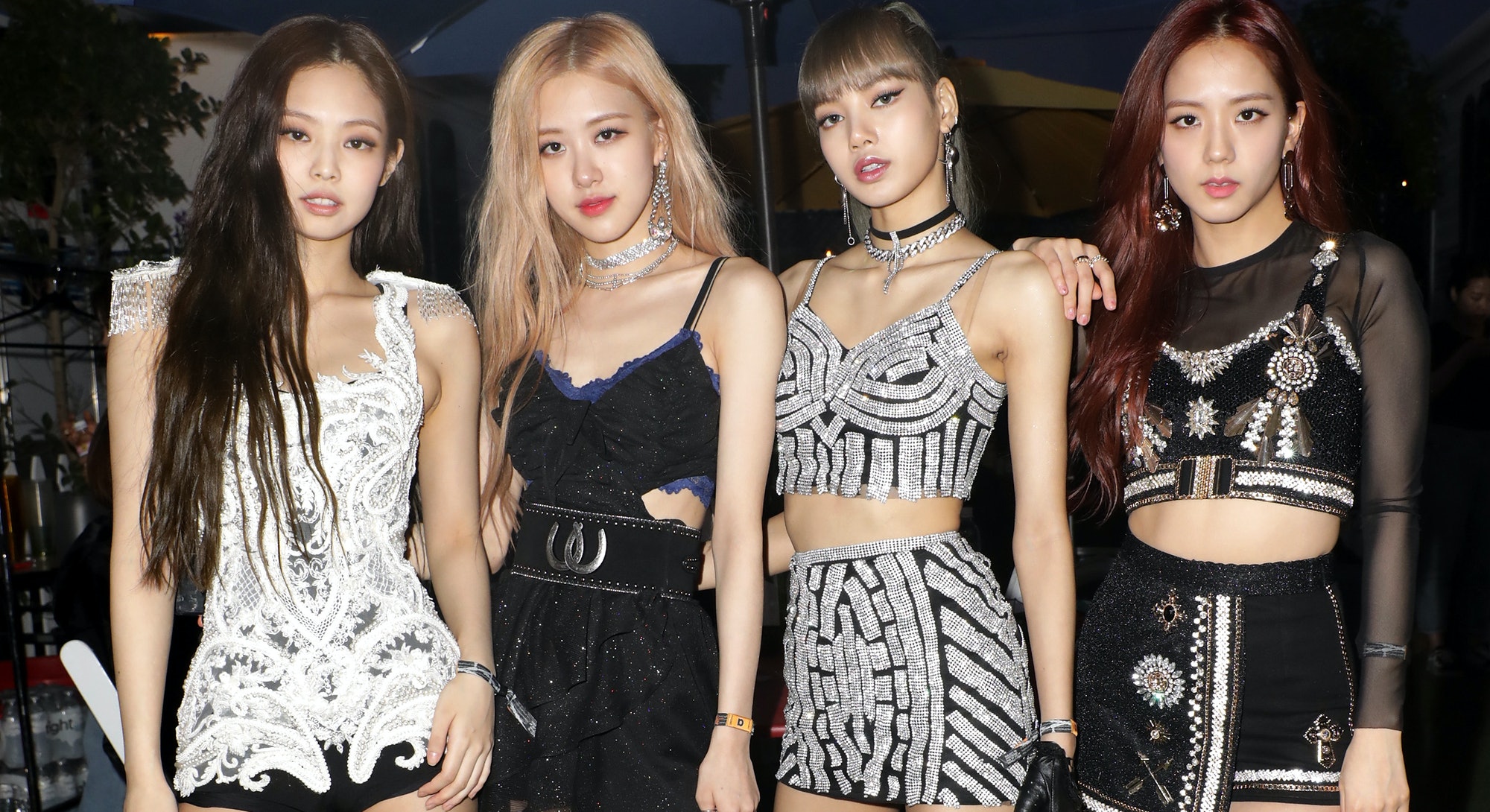 South Korean girl group Blackpink dominated the Billboard Charts and was the first K-pop group to have a music video reaching one billion views on YouTube. Photo taken from ETonline.

Korean music, films, beauty and food have been trending successfully from the fervently dedicated, organised, and largely strategic fandom culture. Let’s take a look at the respective fans of each trend, and understand their reasons behind their admiration for Hallyu.

Celeste Ong, 19, has been an avid fan of K-pop from the tender age of 13. She fell in love with the catchy beats and the unique sound of K-pop; the songs would play in her head for days on end. What made her continue to support these groups was not only because of her love for K-pop tunes, but more importantly, it was because of the dedication of the K-pop idols towards their fans. 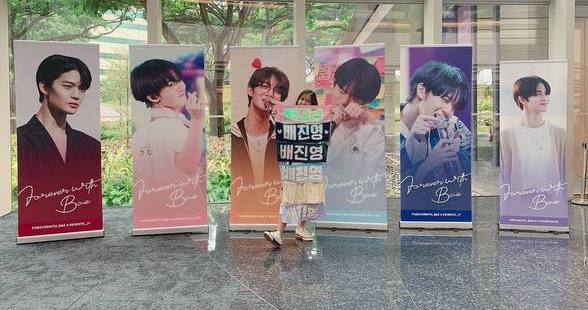 Celeste at a Bae Jinyoung fanmeet when he visited Singapore. Photo courtesy of Celeste.

“The K-pop group I currently support is CIX. I have been a fan of them for two years,” says Celeste.

“I grew to love each and every member of the group due to their sincerity and hard work. There were many issues that prevented the boys from debuting, and so CIX really came together like a miracle,” she adds.

Audrey points out that K-pop fans feel a strong connection with their idols as they get to see many different sides of them through the wide variety of content they produce. The fans and the idols share a special relationship, in both good and bad times.

“K-pop idols have to attend music shows, singing competitions and entertainment shows multiple times a week. Entertainment shows in Korea are also largely influenced by singers, with shows like Produce 101, Show Me the Money and K-pop Star being produced to find the next big thing in the industry,” Audrey says.

It is common for fans to buy every piece of merchandise released by their favourite artists, from blind-buying photocards to purchasing tickets to online concerts, and even individual fansigns to help boost their sales. 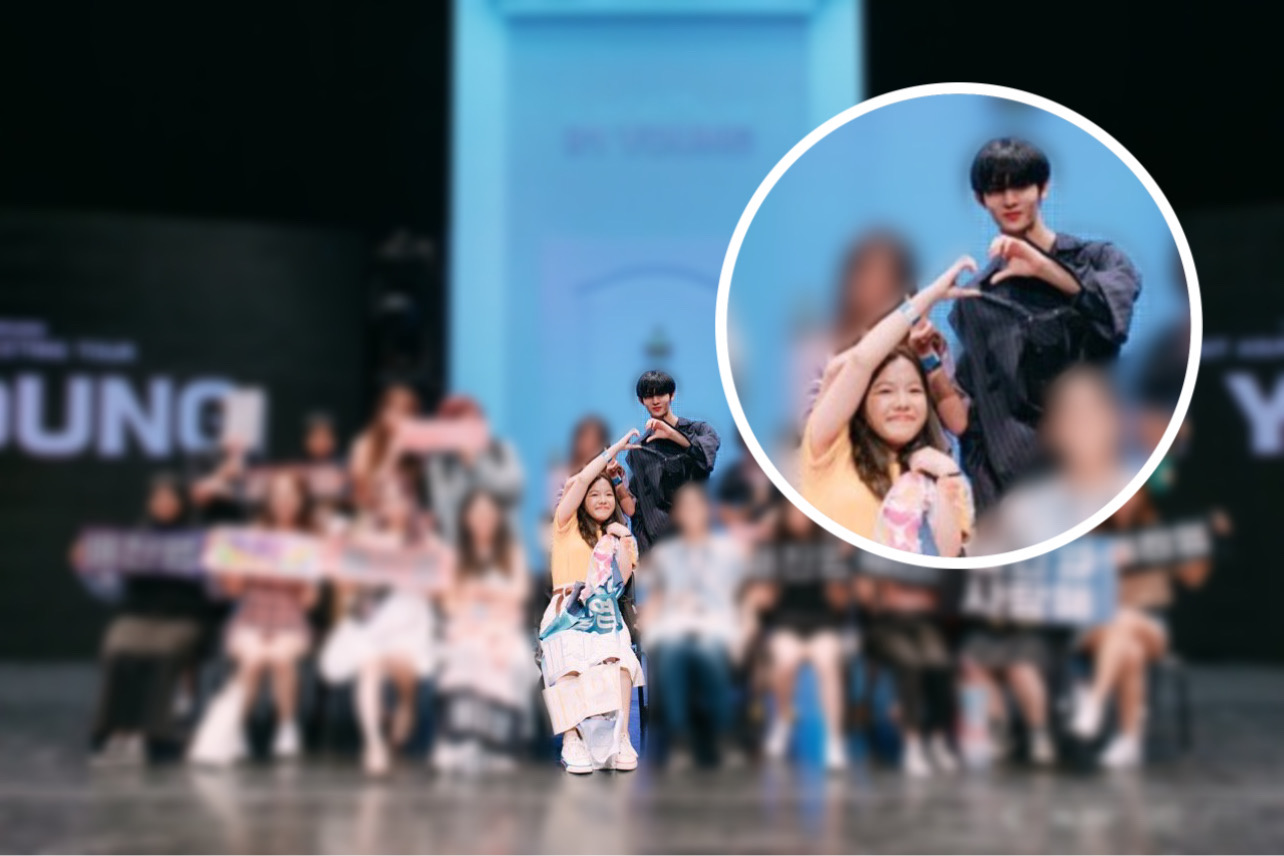 Celeste remincises the time she celebrated CIX’s second anniversary with fondness: “My friends and I sent balloons and letters all the way to Korea to reach them, so hopefully they have seen it!”

In the future, Celeste continues to see herself supporting her K-pop idols. When asked what pushes her to keep supporting them, she says: “I have spent so much money on CIX, I am in it for the long run.”

Since 2011, Rebecca Hogan, 20, has dedicated much of her time to watching Korean productions, from TV miniseries to movies on the big screen.

“I still remember the first drama I watched,” she says. “I don’t even remember how I came across it or why I decided to stick around and watch, but I know I am grateful for that moment.” 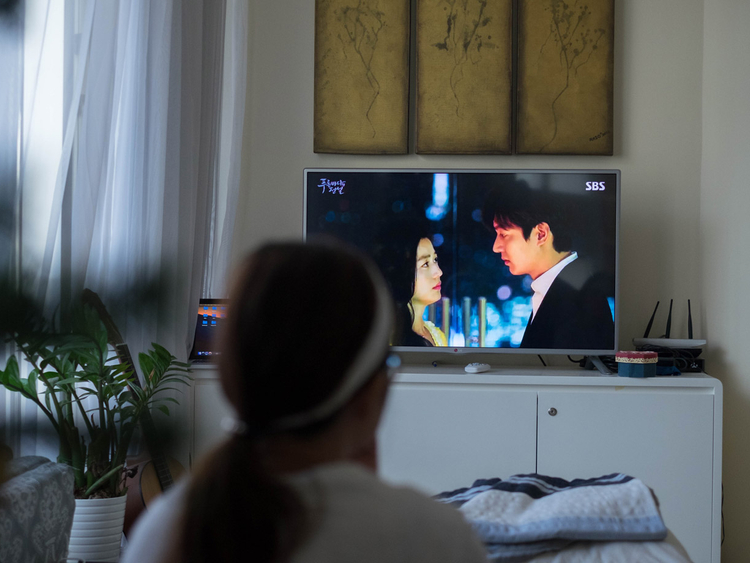 Korean dramas are created to make emotional connections with the viewers. The audience relates to the characters and feels the same emotions. Photo taken from Pinkvilla.

Rebecca explains that part of the reason why Korean entertainment has been so well-received is because their dramas are often depicted in realistic settings that are easily relatable to the masses. This gives hope that they may attain the same reality as their favourite characters.

“The Korean entertainment industry has a knack for storytelling as their plots have always encouraged a deep thought process in their viewers,” she says. 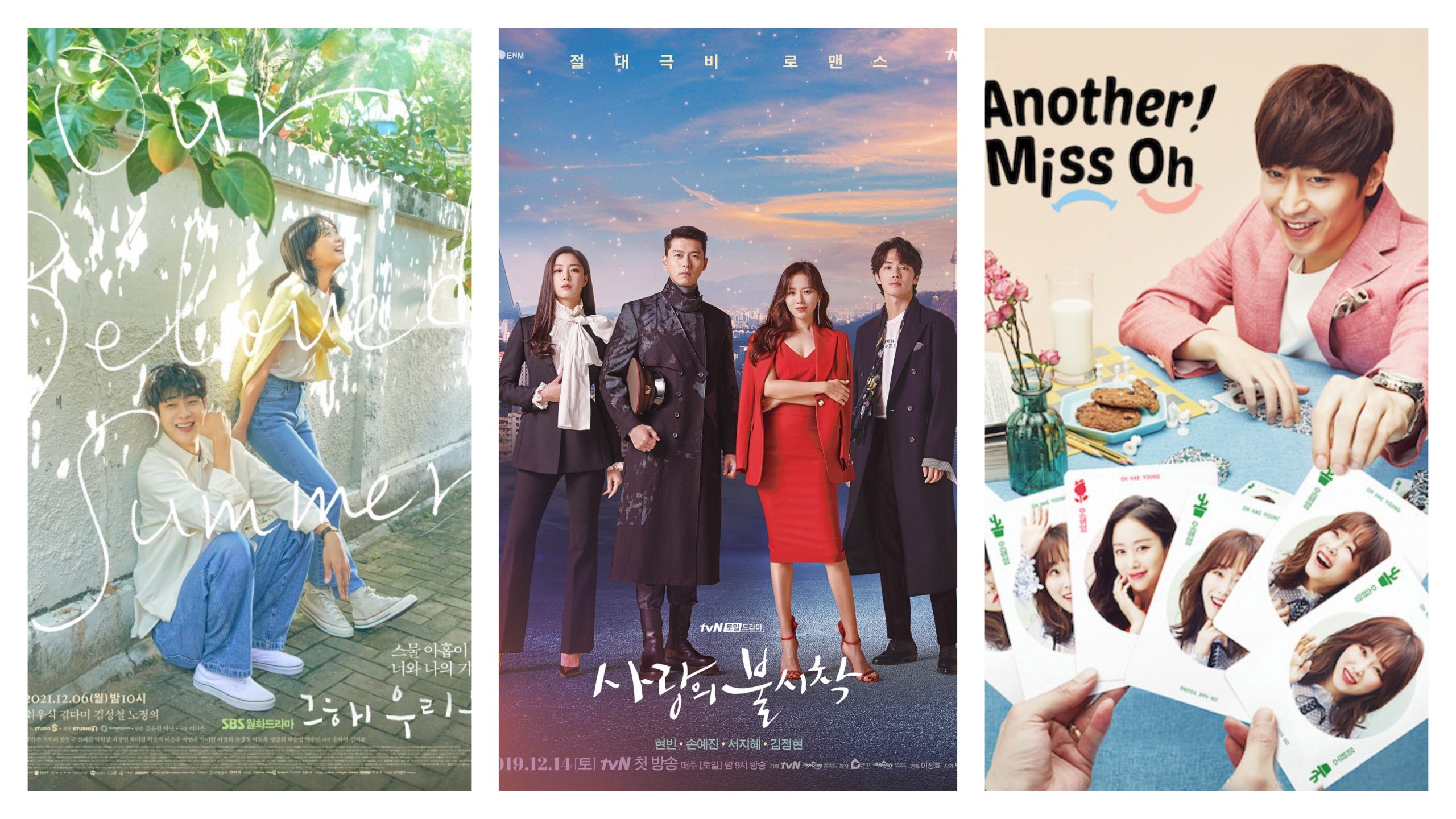 Our Beloved Summer (left), Crash Landing On You (centre) and Another Miss Oh (right) are popular Korean dramas due to the emotional connection viewers have with the characters. Posters taken from SBS and TvN.

Our Beloved Summer, Crash Landing On You and Another Miss Oh are some of Rebecca’s top Korean drama picks as they explore more mature and realistic types of relationships between the characters. 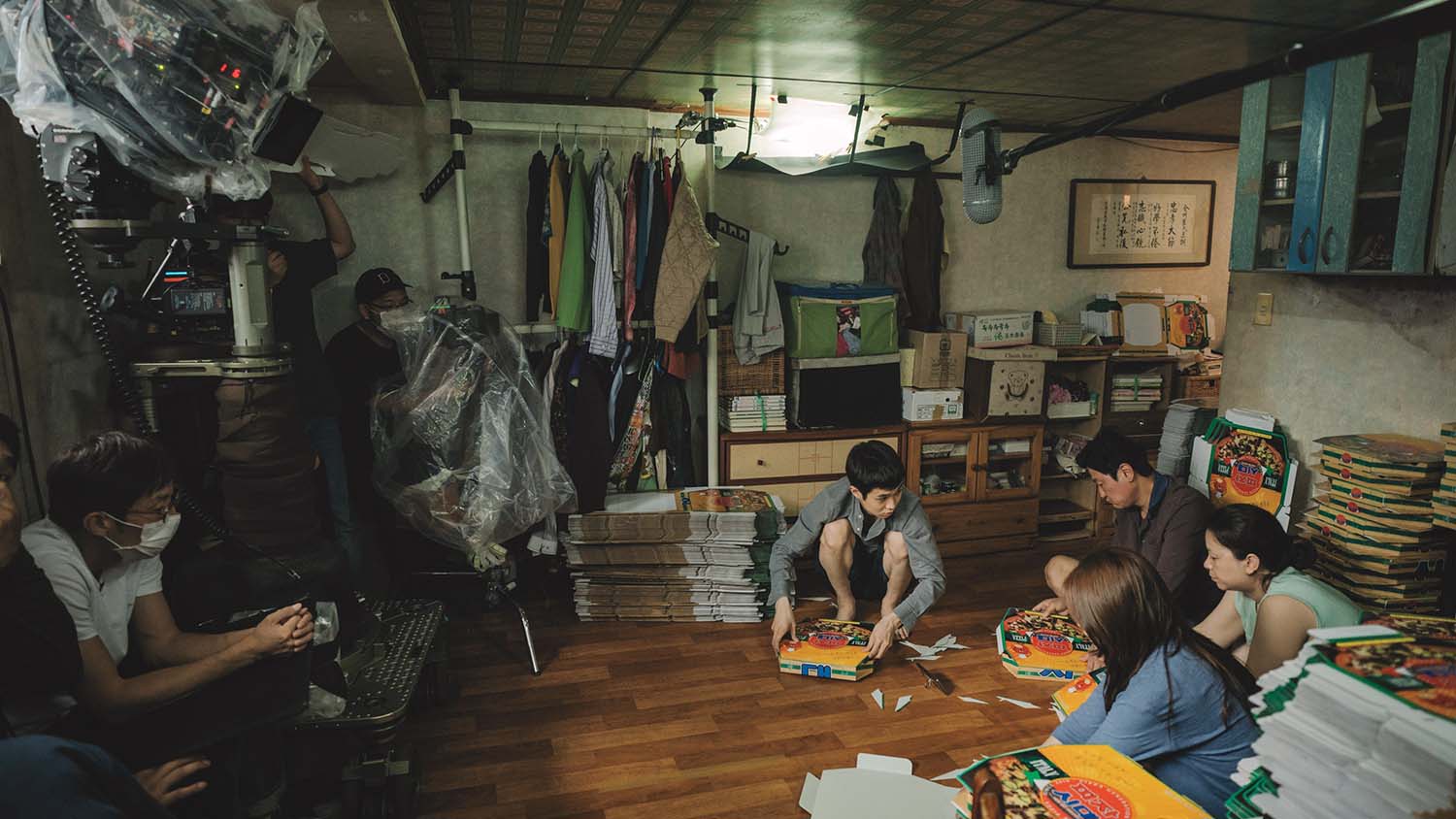 Behind the scenes of Oscar-winning South Korean film, Parasite. The movie depicts the reality of Korea’s wide socio-economic gap. Photo taken from The Hollywood Reporter.

For Rebecca, days spent alone aren’t so lonely anymore with Korean entertainment. Korean films and dramas turn her boring days into fun ones, bringing laughter and joy even on a sad day. “Korean entertainment makes me the happiest girl in the world,” she says. “In all the versions of the future I imagine for myself, there will always be a place and time that I will be watching Korean entertainment.”

In all the versions of the future I imagine for myself, there will always be a place and time that I will be watching Korean entertainment. 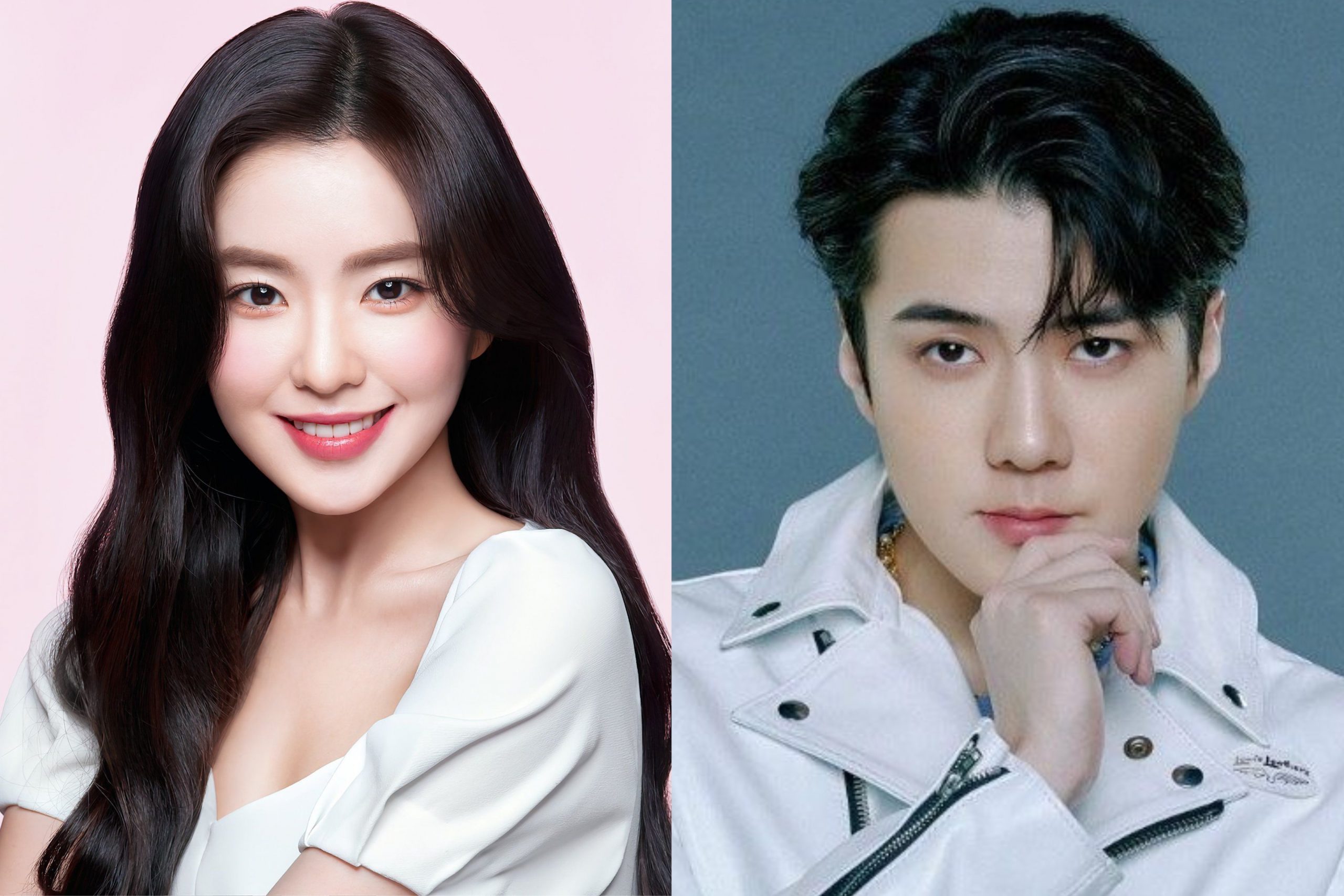 Bae Joo-hyun (left) and Oh Se-hun (right), Korean idols that many fans encapsulate as the definition of Korean beauty standards. Photos taken from KpopStarz and Allkpop.

What is the Korean beauty standard? An innocent, youthful and vibrant appearance, dewy skin texture, small facial features and a “no make-up” makeup look.

“I was greatly influenced by Hallyu styling when I turned 15,” says Genevieve Sia, 19. “It was a big trend in Singapore then, and it continues to be even now.” 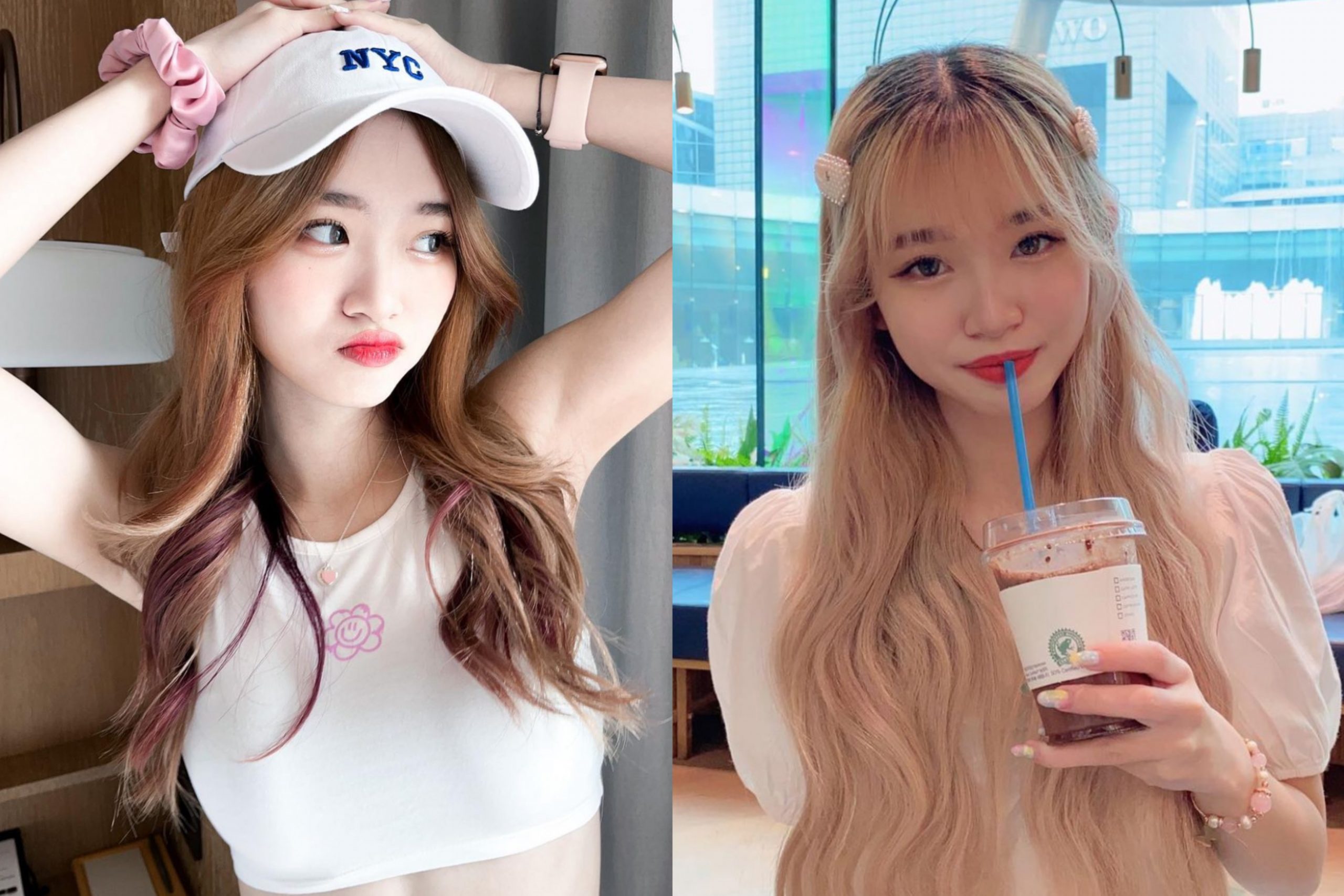 Genevieve feels comfortable with Hallyu styling as it compliments her features. Photo courtesy of Genevieve.

“I prefer my current image as it is youthful. The makeup and styling Koreans use often makes them appear younger. This doesn’t mean they can’t dress their age, but they have a ‘fresher’ look,” she says.

I prefer my current image as it is youthful. The makeup and styling Koreans use often makes them appear younger. This doesn’t mean they can’t dress their age, but they have a ‘fresher’ look.

However, the race to achieve Korean beauty standards can go too far, Audrey explains.

“Some fans will take the time to find out which brands their celebrities endorse and patronise them, others might take a step further to go under the knife to look like their idols. One example would be British internet personality, Oli London.” 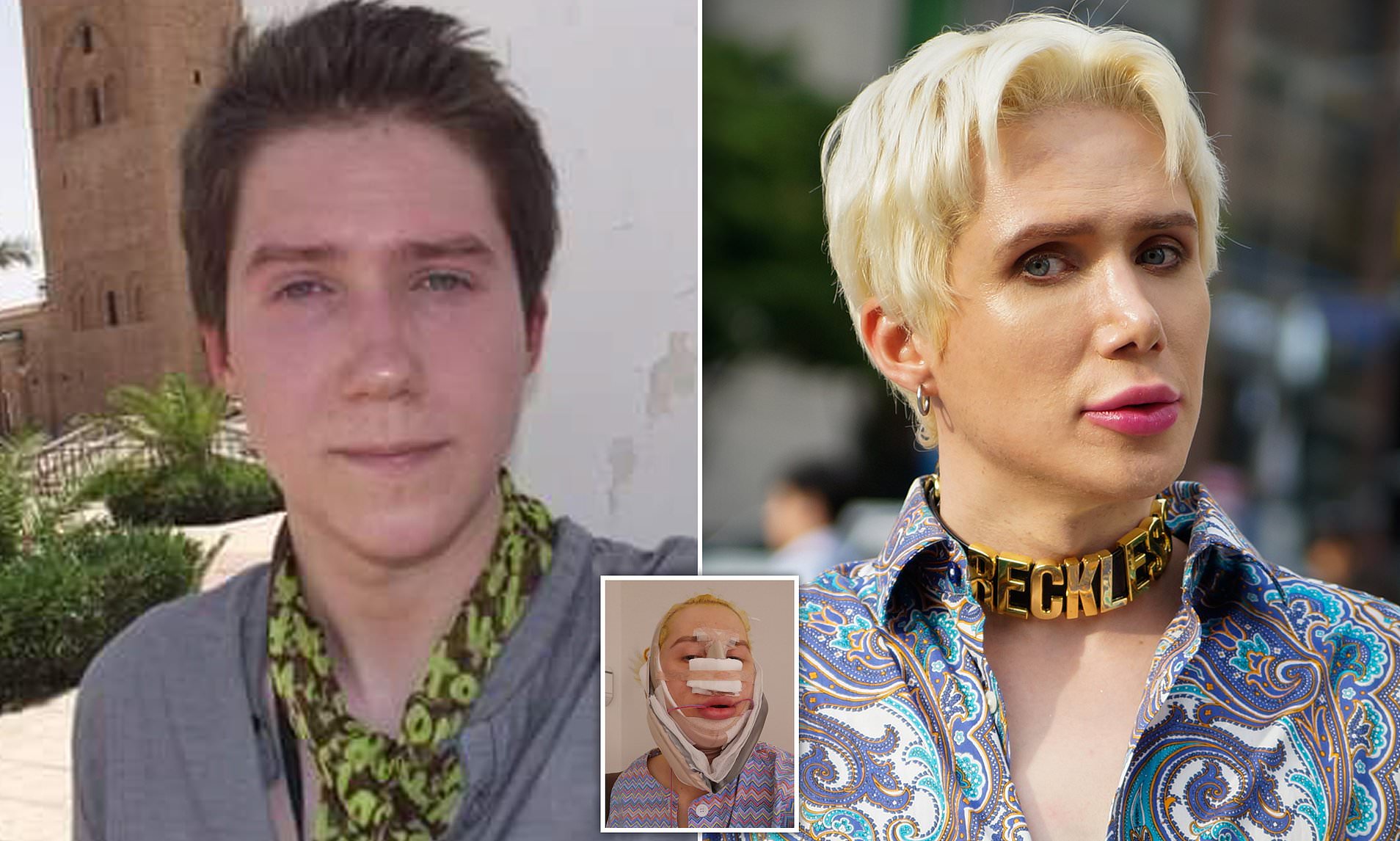 Before (left) and after (right) photos of Oli London’s surgery to look like BTS’s Jimin. Photo taken from Daily Mail.

Audrey advises that as much as fans admire and appreciate the Korean beauty standards, one should understand that it is normal to not have the ‘perfect’ face. Instead of turning into carbon copies of their idols, one should only take inspiration.

The Food: Korea’s Pride and Joy

One of the best aspects when it comes to Korean culture is its food. The country is known for its rich and unique flavour when it comes to food as it is their pride and joy to introduce the world to their delectable cuisine. 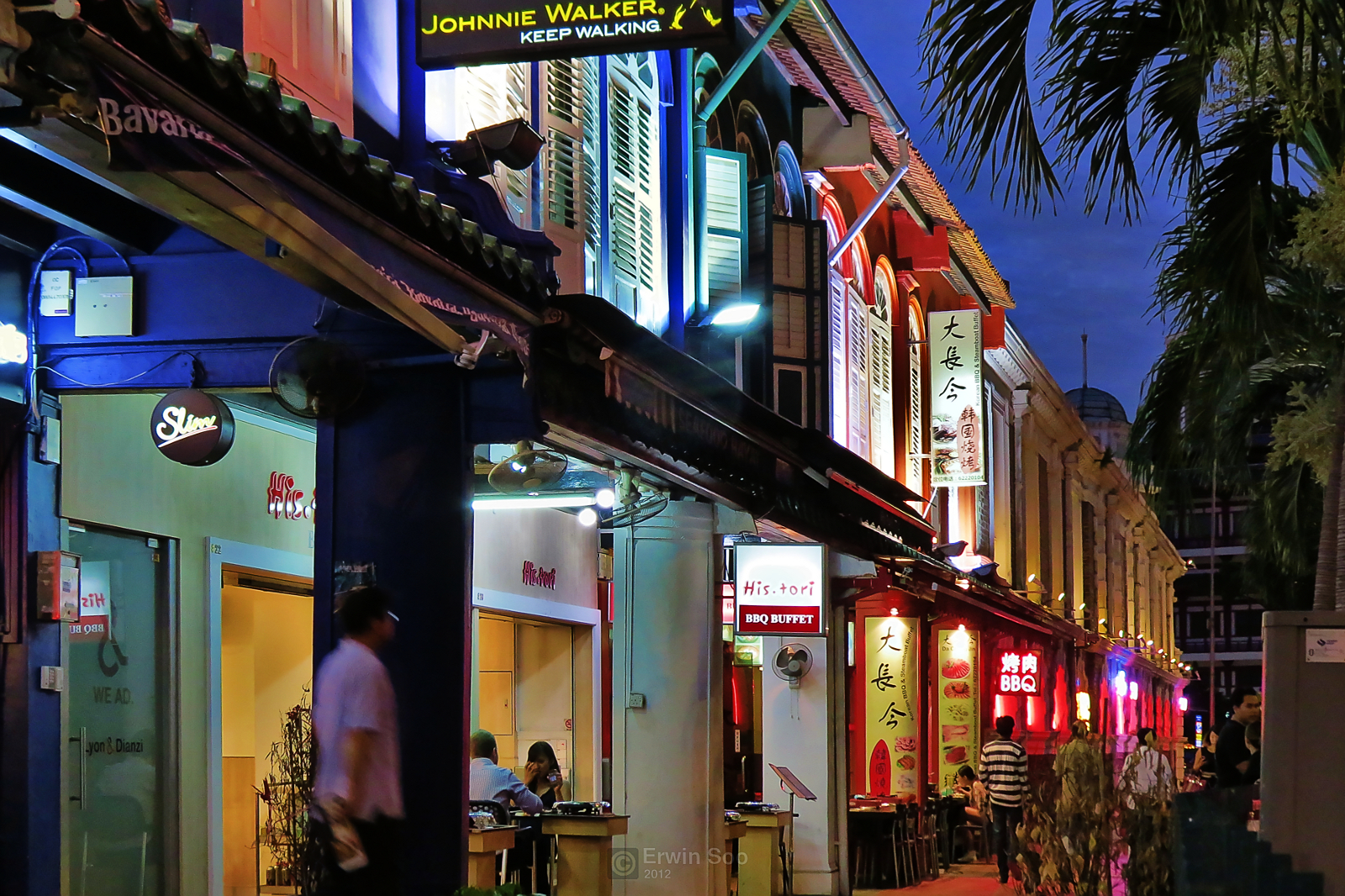 Tanjong Pagar’s streets are lined with Korean restaurants for locals to enjoy the taste of Korea. Photo taken from Wikimedia Commons.

“​​I believe the largest part of Korean culture that has been integrated into Singapore would be their cuisine,” says Audrey. “The Korean culture can be spotted in the form of the Korean cuisine that can be found in every nook and cranny in Singapore.”

Korean cuisine can be appreciated by all Singaporeans as it is not limited to anyone, their food have also been featured in popular Korean television series and caught the attention of international viewers, further popularising its food culture.

Audrey’s mother, Mdm Lee, has been incorporating Korean cooking style into her Singaporean dishes for the past 20 years.

“I am surprised that Singaporeans can appreciate Korean food well, it makes me happy,” she says. “Korean dishes are special, distinguished and healthy. Our secret to great taste is the different 양념 (yangnyeom: seasoning) we put into our dishes.”

I am surprised that Singaporeans can appreciate Korean food well, it makes me happy. Korean dishes are special, distinguished and healthy. Our secret to great taste is the different 양념 (yangnyeom: seasoning) we put into our dishes. 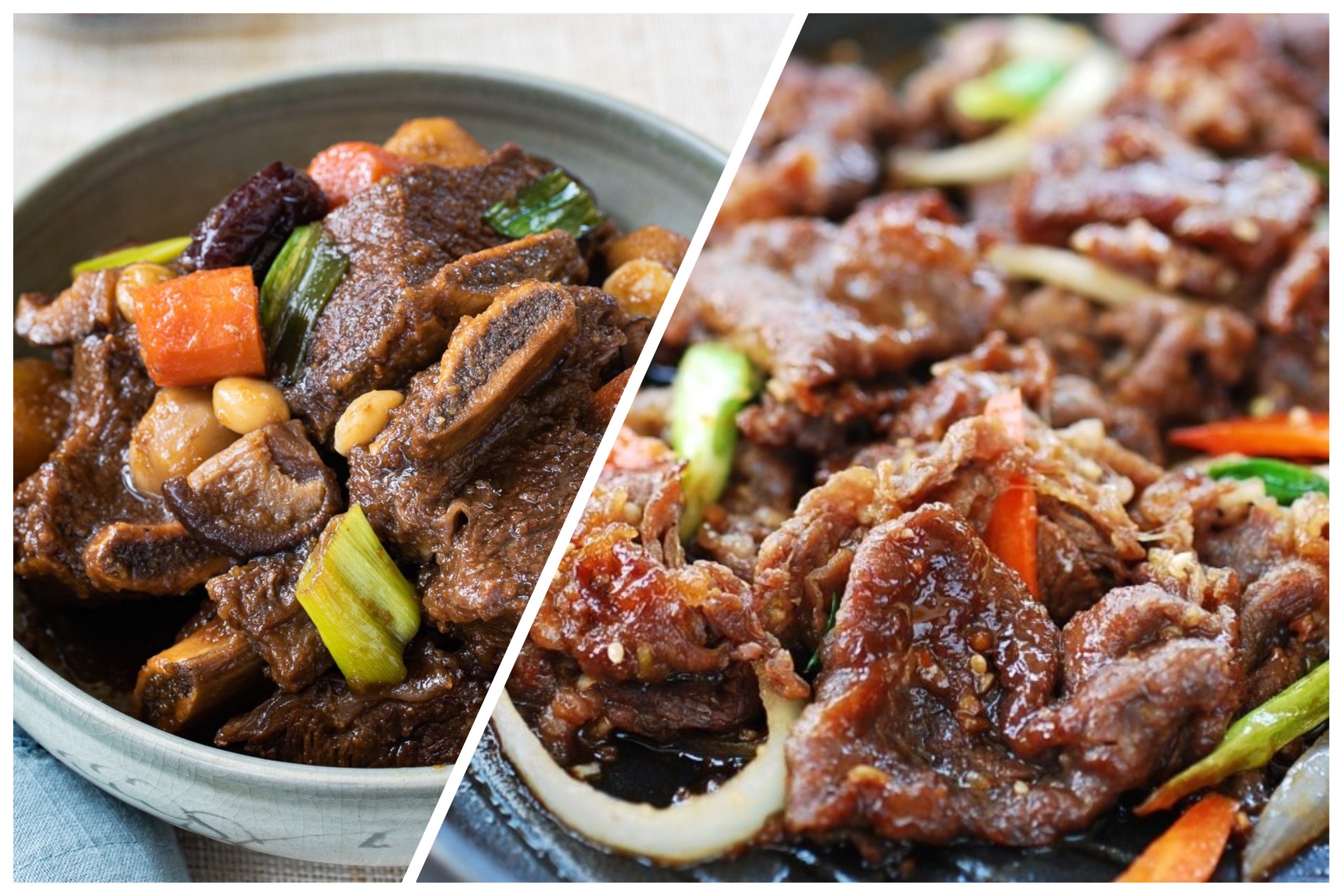 Galbi-jim (left) and bulgogi (right) are dishes enjoyed by Mrs Lim and her family. Photos taken from Korean Bapsang.

Hallyu Taking Over the World 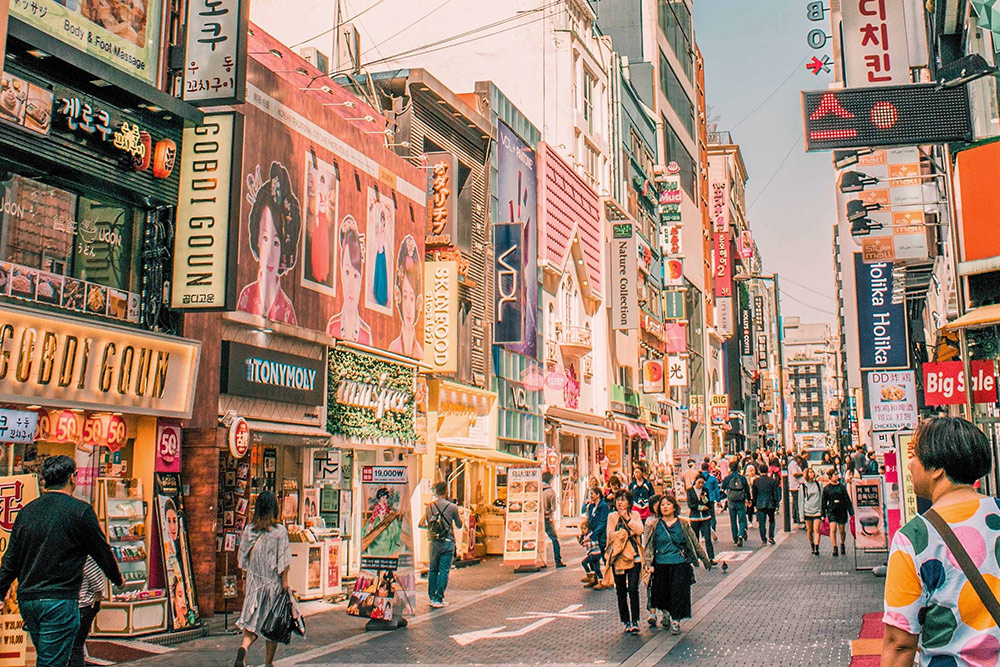 The future looks bright for Hallyu, it is clearly not a passing fad as some might have thought. With its cultural phenomenon that has seeped its way into music, many fans around the world are also becoming hooked on K-dramas, movies, Korean beauty products, and Korean cuisine. Some would even go as far as learning the Korean language to further immerse themselves in the culture.

“I definitely appreciate the love and respect [people have] for Korean culture and that the culture is being held in high regard all around the world. It makes me proud to be half-Korean.” Audrey says. “I do hope that cultures from other countries will be shared worldwide as well. That is the beauty of diversity.”

I definitely appreciate the love and respect [people have] for Korean culture and that the culture is being held in high regard all around the world. It makes me proud to be half-Korean. I do hope that cultures from other countries will be shared worldwide as well. That is the beauty of diversity.

Singaporean born to a Korean mother