The Transformation of Pop Culture: Why Gender-Defying Artists Have Invaded Music

From the viral popularity of Kim Petras’ ‘Coconuts’ to the explosion of non-binary pop stars into the mainstream, the past decade has been exciting for transgender and gender non-conforming artists. Gabrielle Ang investigates.

It’s December 2021. Your TikTok ‘For You’ page has been attacked relentlessly by Kim Petras’ ‘Coconuts’, a campy pop song about breasts. You may have even caught the videos following the viral yassification meme set to SOPHIE’s ‘Faceshopping’ or fancams made with Ayesha Erotica’s ‘Literal Legend’.

With the explosion of hyperpop into mainstream music, it’s not uncommon to find out that your favourite popstar has a trans person producing their tracks or featuring on them. Venezuelan musician Arca released four albums in four consecutive days last November and has worked with the likes of Kanye West and The Weeknd, both wildly popular musicians in today’s climate. 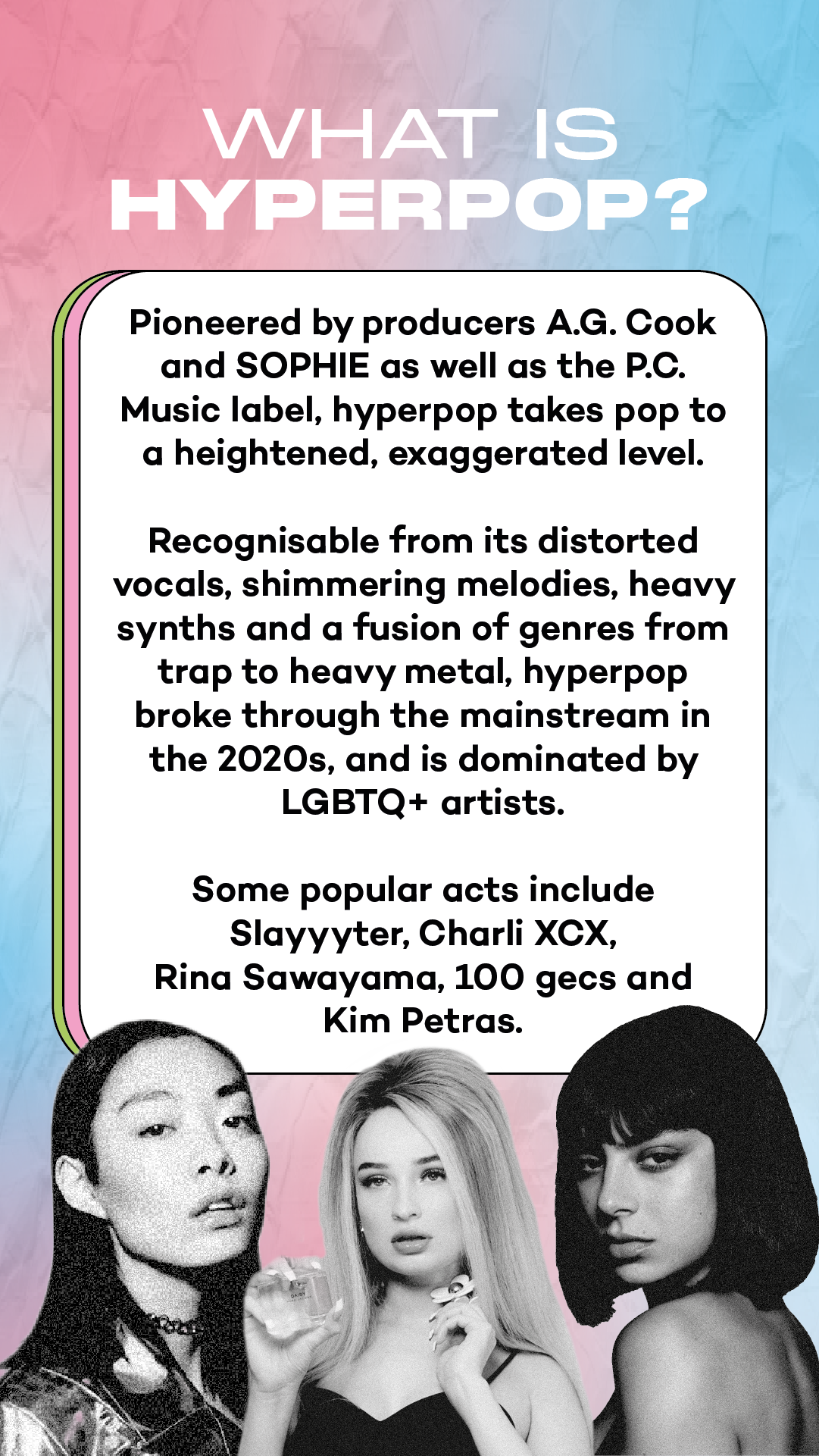 The aforementioned artists are all transgender individuals. If these names still sound rather obscure to you, chart-topping pop stars such as Sam Smith, Halsey and Demi Lovato identify as non-binary, and use singular ‘they’ pronouns.

Transgender artists, along with the rest of the LGBTQ+ community, have been thrust into the spotlight more so than before. With shows like Euphoria and Rupaul’s Drag Race invading mainstream pop culture and an increasing number of young people identifying as LGBTQ+, it’s almost impossible to escape the transformation of mainstream pop culture as we know it.

“There are definitely a lot more non-binary and trans people now,” says Apri, 21, a non-binary visual artist. “It definitely has a lot to do with the Internet opening up the idea to many people.” 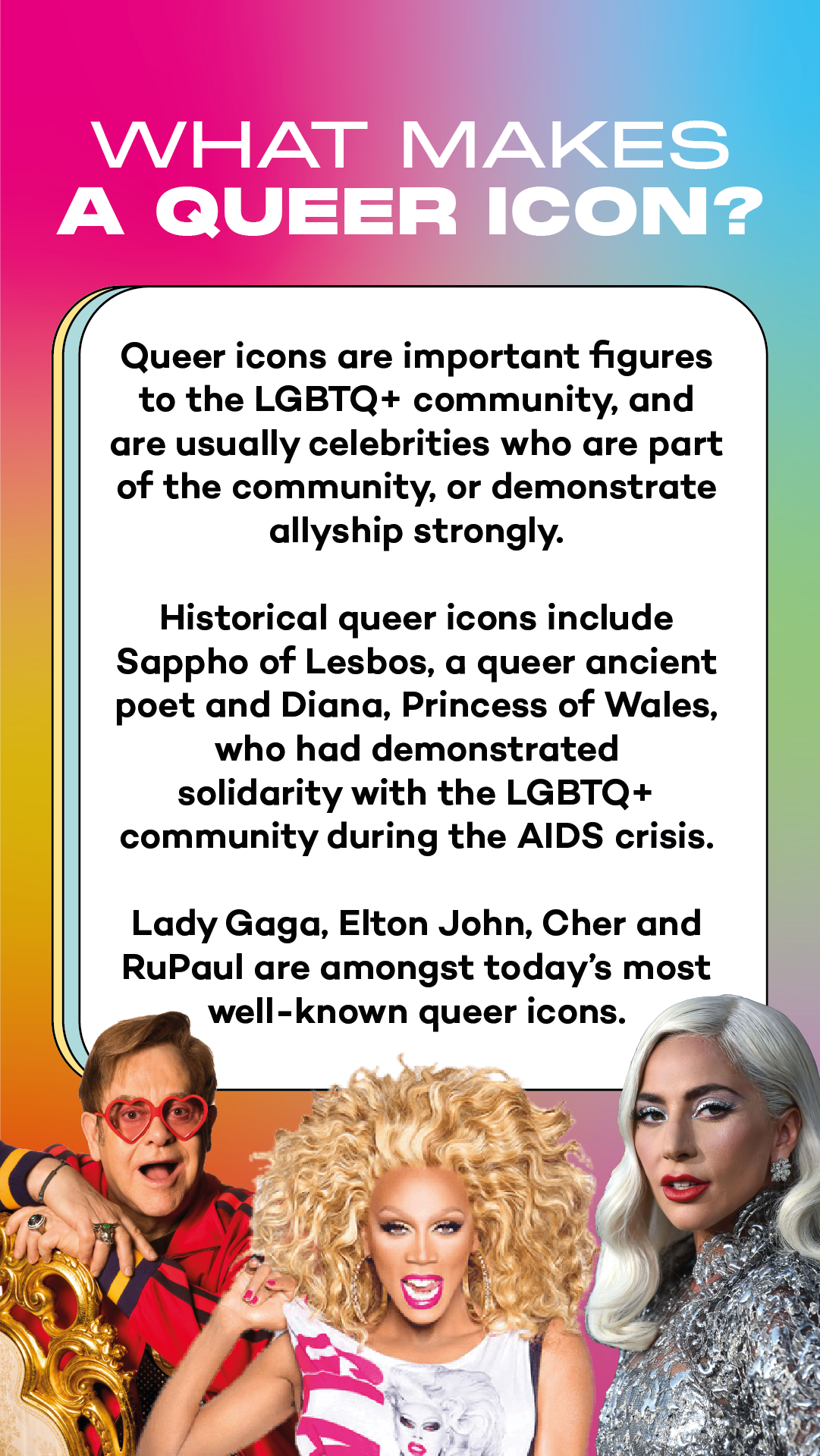 Perhaps it could be the raw honesty of transgender folks’ music that draws a new target audience to the artistry of transgender musicians, so much so that listeners can be captured in a short TikTok audio about boobs. Just ask ‘Coconuts’ hitmaker turned popstar Kim Petras and QueerTok, the extremely viral side of TikTok that’s populated by younger members of the LGBTQ+ community.

“I think social media is getting even younger now, and there is a lot more acceptance when it comes to the LGBTQ+ community,” says Yin Yan, 19, who identifies herself as an LGBTQ+ ally. “Kim Petras wouldn’t be so big if we were still restricted to traditional media.”

This provokes the question: If transgender artists weren’t as big as they are now back then, were there any attempts to break the molds of gender in the music industry at all? 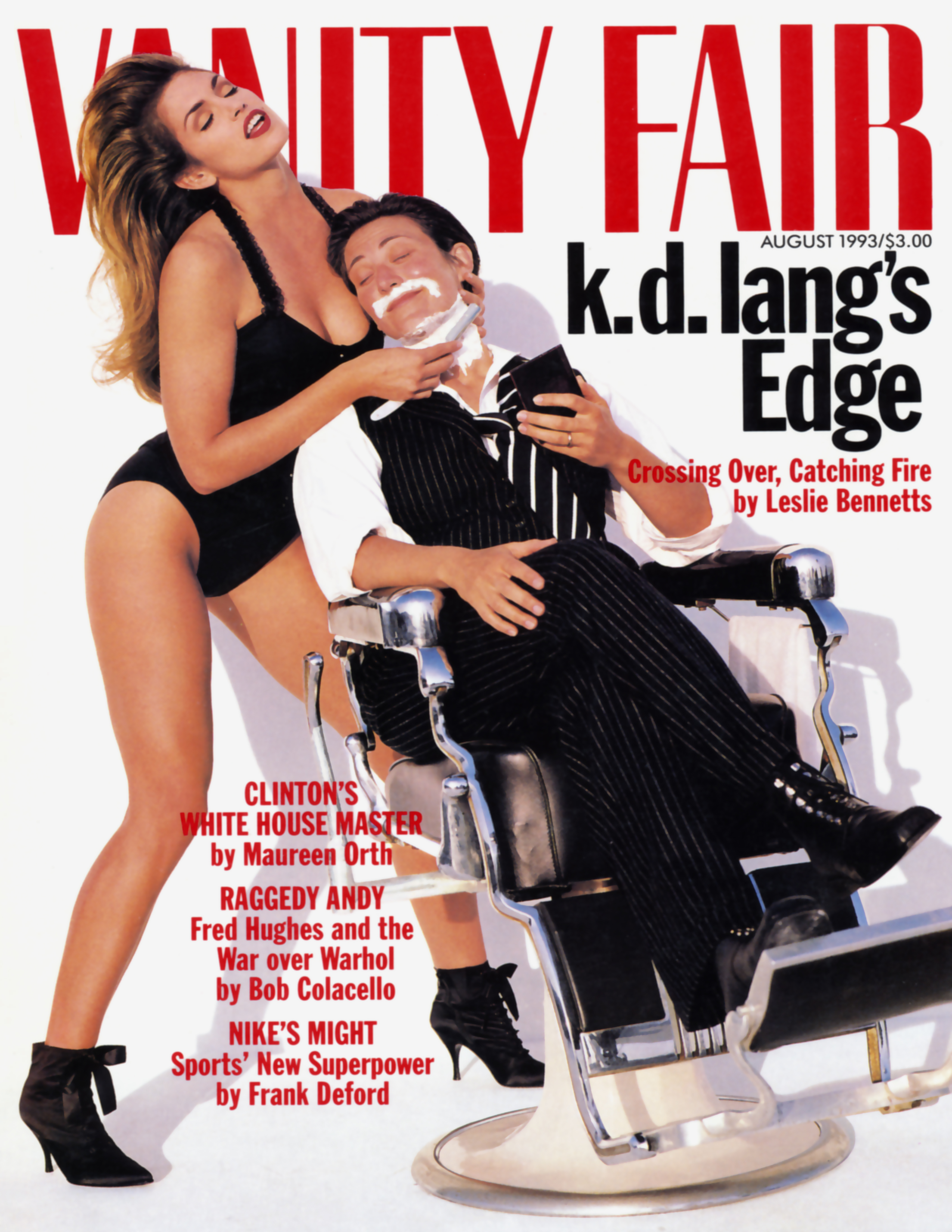 The answer is yes. Androgyny was prevalent in the popular music of the past, with the steely, power-suited looks of Eurythmics hitmaker Annie Lennox, and the extraterrestrial aesthetic of David Bowie topping the charts and fronting magazine covers. 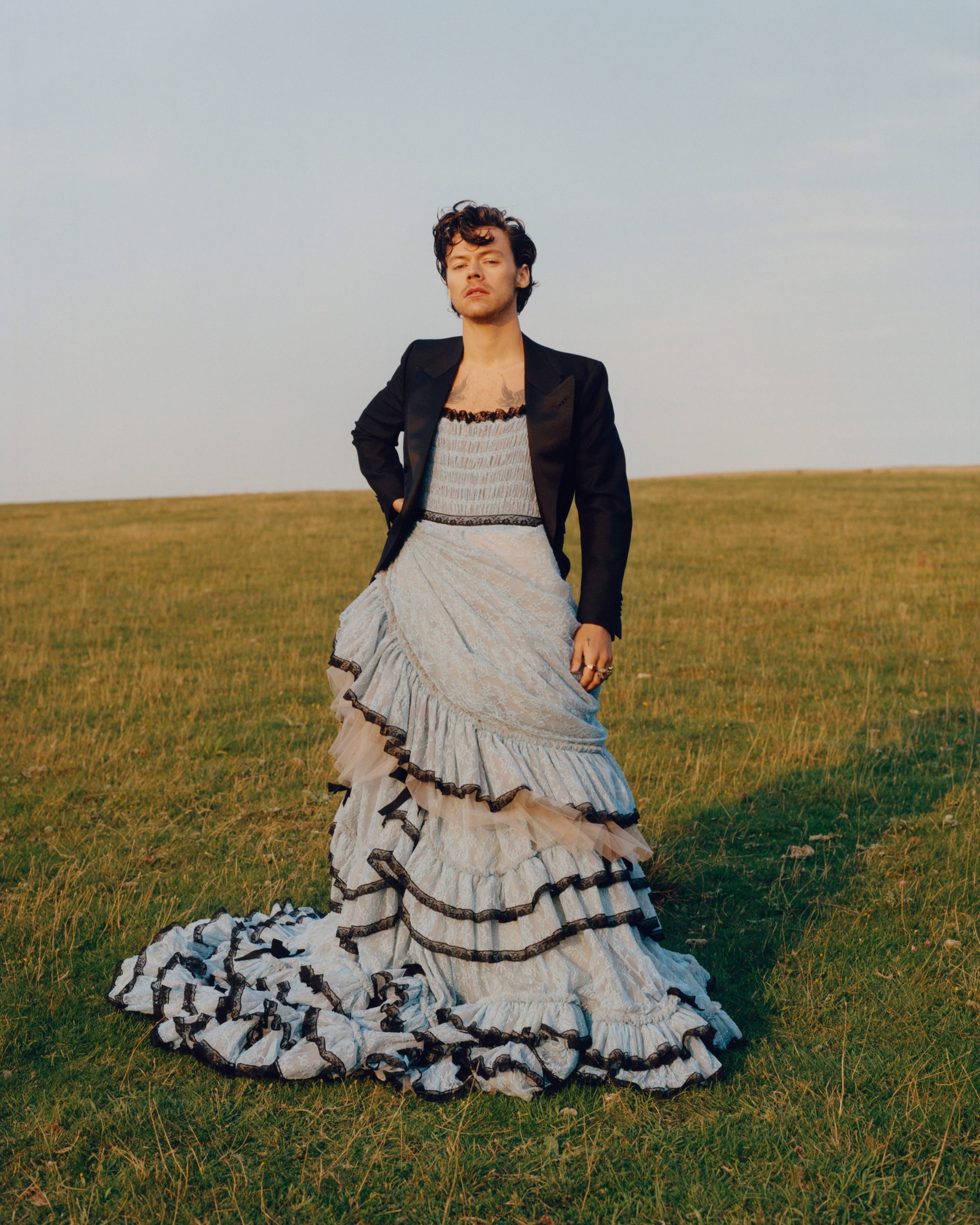 Styles on the cover of Vogue. Photo taken from Vogue Magazine.

However, it’s worth mentioning that none of the aforementioned artists are genderqueer and that most of them are heterosexual, with only Bowie and Lang being the only LGBTQ+ androgynes of the lot.

To some, there’s a hot debate on whether straight queer icons are important and comforting to queer folk, or are simply profiting off an androgynous aesthetic.

“Everyone wants to capitalise on queer culture because it’s popular and they just wanna be cool in a niche way,” says Aliy Alam, an 18-year-old student filmmaker who goes by he/they pronouns.

Some of these artists were praised for defying gender roles while other attempts were dismissed as ‘shock value’, and yet others may be happy to claim straight, cisgender androgynes as queer icons, in a world that lacks (and needs) them.

However, shouldn’t the world start claiming and celebrating more transgender and non-binary artists as its greatest representatives of genderqueerness instead? 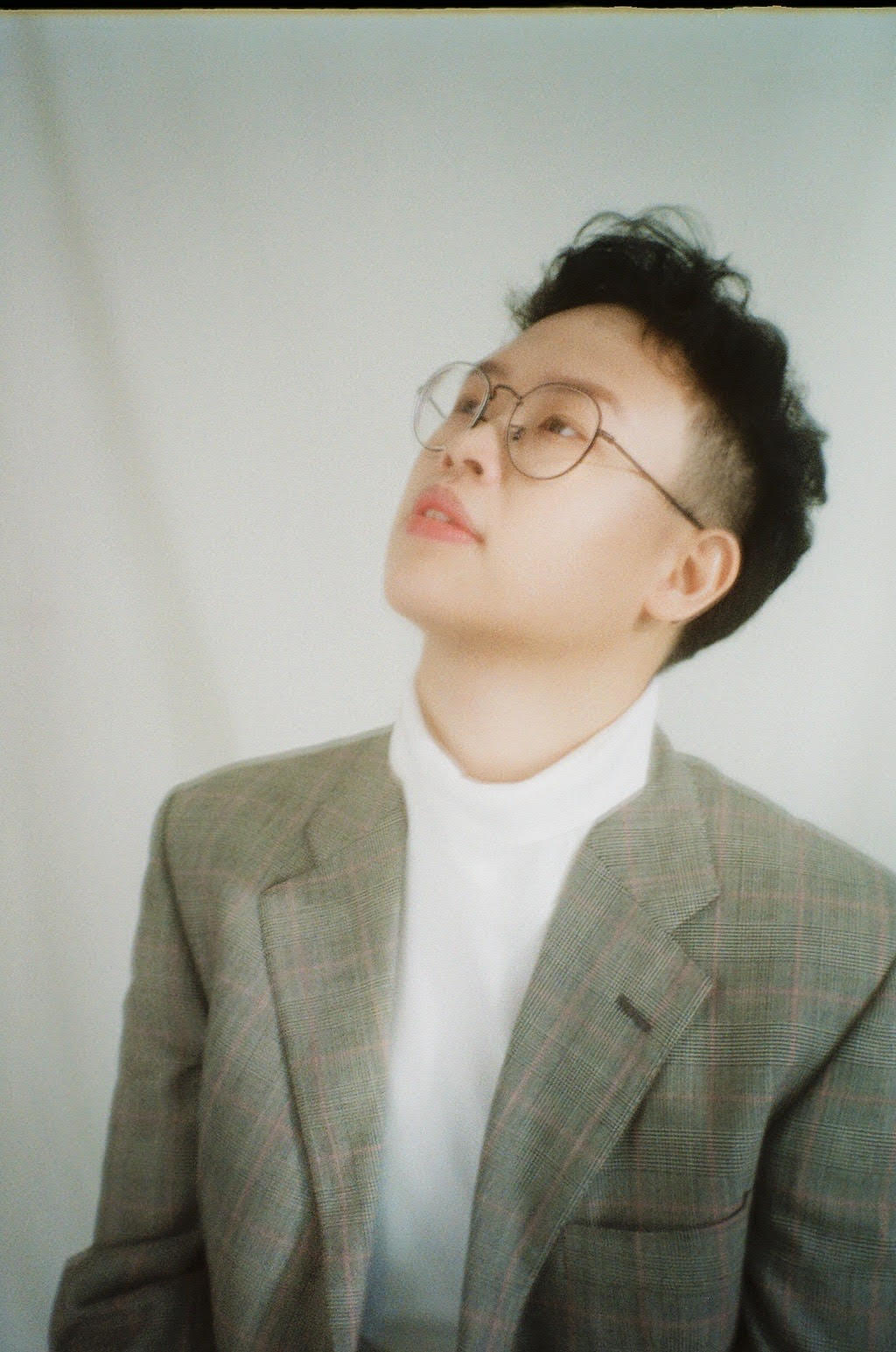 “I think having queer icons is so important for young queer folk who maybe don’t even know they’re queer,” says Joy Alexis, 23, a genderqueer transmasculine musician. “When I was a kid in a very binary world, the only queer icon was Ellen DeGeneres. Even she was an anomaly, having a wife and a lot of money. It wasn’t realistic.”

When I was a kid in a very binary world, the only queer icon was Ellen DeGeneres. Even she was an anomaly, having a wife and a lot of money. It wasn’t realistic.

Familiar queer icons to the younger generation would include pop stars Tegan and Sara, Troye Sivan and Girl in Red, who had become the Gen-Z punchline of many lesbian-related jokes.

However, the lack of clear-cut transgender icons in the mainstream remains alarming. Two of the world’s most prominent transgender women, reality TV star and former Olympian Caitlyn Jenner as well as beauty mogul Nikita Dragun had been marred by multiple controversies. Jenner, 72, contested for the title of Governor of California as a representative of the Republican Party, a conservative party that often stood against the rights of transgender people in America.

“I was rooting for them both at one point,” says April Tan, 28, a transgender woman. “But I sometimes feel for Nikita. I never had an Asian or Latina trans girl this successful to look up to until her, but I can sense her desperation to remain relevant especially when she made this one rap song and plastered the word “dick” over Marsha P. Johnson’s face.”

As pop culture continued to borrow from queer people (see: Madonna’s Vogue, which featured ballroom culture from the black queer community) with few rewards and little visibility from its pioneers, some queer folk have felt disillusioned.

“There were no queer couples, teachers or musicians on the radio who were queer. It made me feel like I had to find a way to fit into the binary, or die,” says Joy, whose personal name is Maximus. “So I made it a point to always want to be a boy, pass as a boy, because I didn’t want to be a girl. I always remember thinking: ‘Are there only two genders?’ The question soon became: ‘How can there only be two genders?’ because if this were the case, I existed right in between.”

“There was no way. In a way I am trying to be the icon I never had as a kid. I want queer kids and teens to see that they are not alone, and I hope I can be a voice for them.”

There was no way. In a way I am trying to be the icon I never had as a kid. I want queer kids and teens to see that they are not alone, and I hope I can be a voice for them.

Joy joins the recent wave of openly gender non-conforming artists, having performed in Singapore’s Esplanade and being part of Spinnup’s artist roster. A genre-bending artist inspired by rock bands, personal experiences and electronic music, Joy creates ethereal and emotional soundscapes stemming from romance, heartbreak and longing, but insists that their greatest influence is their transgender identity.

“I think [being trans] is the reason why I make art,” says Joy. “Yes I found my talent and work hard at it, but a lot of the pain I go through daily as a trans person fuels the art.”

Joy Alexis’ new single, ‘Moonlight’ is an ethereal, synth-heavy song centred on queer romance. Stream it here, or listen to it from our curated mixtape.

“Most of the songs I’ve written are about heartbreak, or longing for a lost lover. I’d like to think I’m a romantic, and previously a hopeless romantic. Now, I’m a realistic romantic. I want to expand this though: to write about more than just being sad about someone. I want to speak for people, write about real issues of suffering and provide queer solidarity.”

In the words of Arca’s manifesto for her five ‘Kick’ albums: If it feels oppressive, kick against it.

This mission statement lies true with many transgender musicians’ works, as they fight against the oppression that has surrounded them throughout their lives. It’s a manifesto that embraces transgender life, love, art and sexuality: everything that makes one human, even in places where gender non-conforming individuals are treated as the exact opposite.

“The trans experience is so raw,” says April. “Different people go through it differently. It always comes from a place of authenticity as most trans people spend most of their lives denying their truth for safety and other reasons. So we often go beyond the mould, often trans art involves a lot of body, a lot of sexuality and a lot of pride. Because after a long life of not feeling like yourself, once you step forward… you don’t ever want to go back.”

So we often go beyond the mould, often trans art involves a lot of body, a lot of sexuality and a lot of pride. Because after a long life of not feeling like yourself, once you step forward… you don’t ever want to go back.

Take the five ‘Kick’ albums for example. With witchy visuals reminiscent of something out of a horror game combined with ethereal surrealism and overt sexuality, Arca portrays a scantily clad goddess born out of shimmering sewage and machine guns. She’s larger than life, and intentionally so. Her aesthetic recalls the beautiful mermaids of folklore and the scariest thing you’ve seen, but somehow can’t look away from.

Arca burns and contorts herself into positions that may make some viewers uncomfortable, defying the walls of pop music with top-notch production, and yet there’s something compelling about it all. 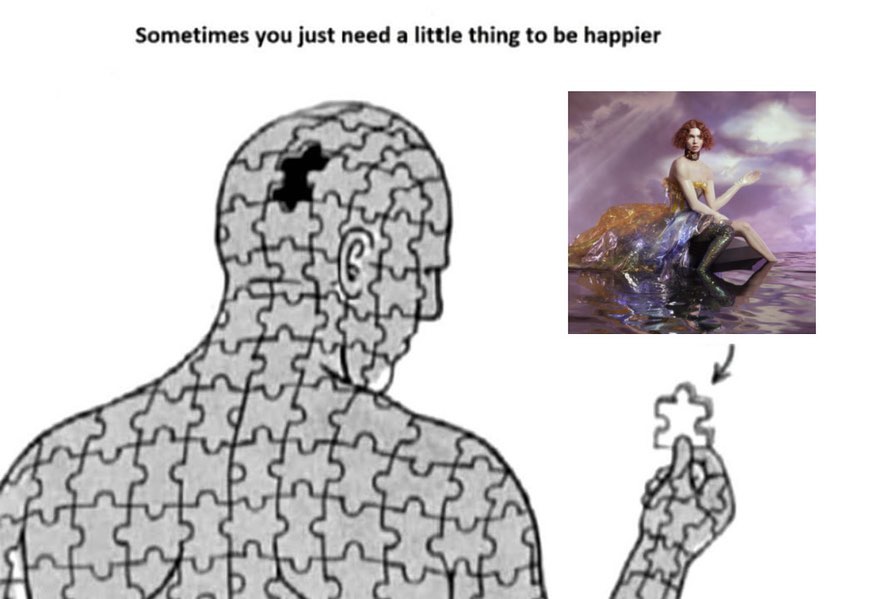 Similarly, producer and musician SOPHIE creates futuristic and disturbing visuals to accompany her work, and has even influenced pop stars such as Charli XCX, a popular gay icon for her work as an ally of the LGBTQ+ community.

“The dolls make music with random computer generated noises and distortions about their new body parts,” jokes April. “It really captures the gender dysphoria. I always love that transgender girls have to make walking from Point A to Point B a whole cinematic universe. I love how diverse queer music is!”

“Art made by trans individuals is unique because of our perspective. We broke the binary,” says Joy. “We do not accept traditions. We question them. We want to be better, because what is the point of accepting a typical life that is a form of purgatory? Trans art is unique because we are fuelled differently. I am fuelled by love.”

We do not accept traditions. We question them. We want to be better, because what is the point of accepting a typical life that is a form of purgatory? Trans art is unique because we are fuelled differently. I am fuelled by love. 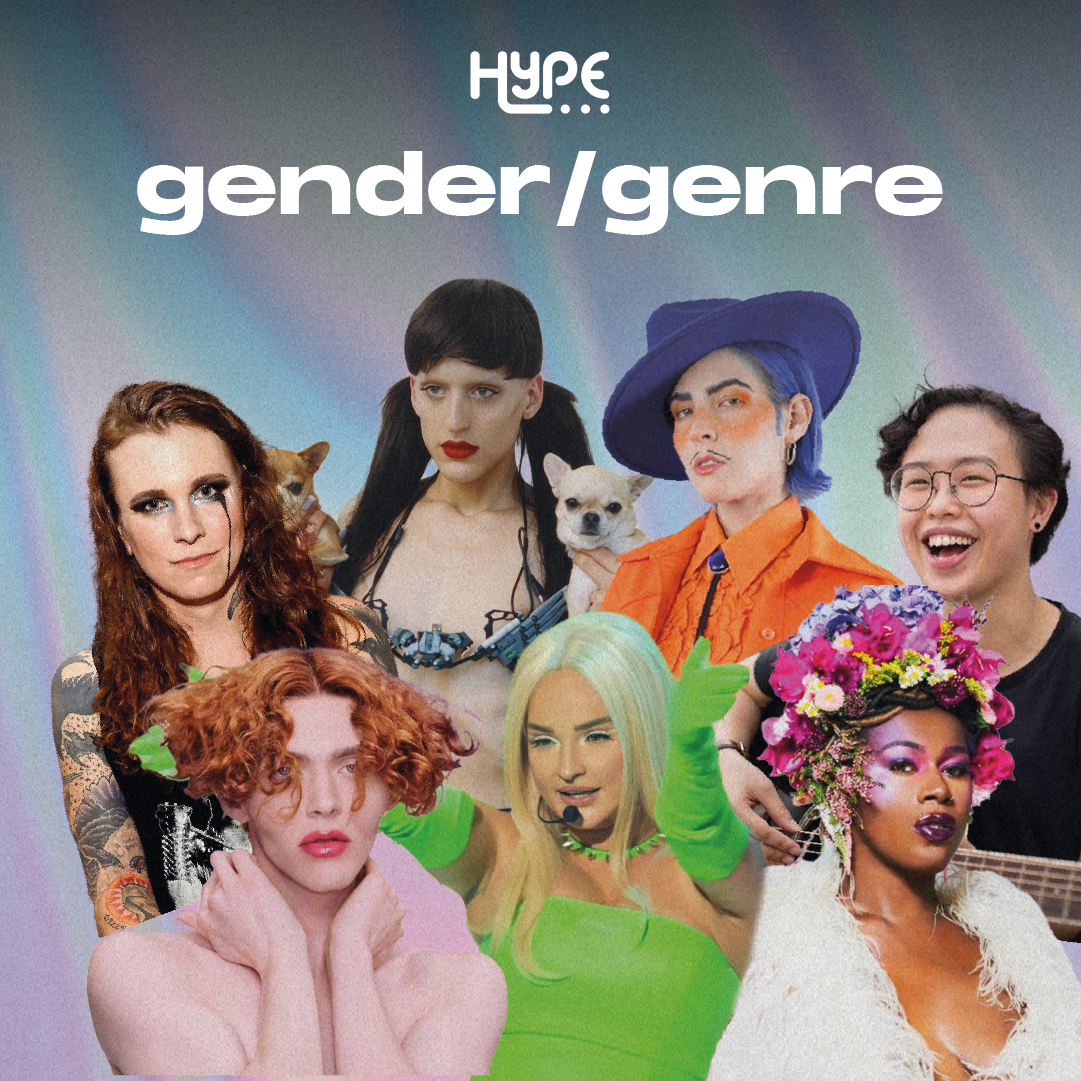