Arcades: Pumping It Up For New Players

The number of arcades in Singapore is dwindling but arcades are reinventing themselves. Benjamin Wellesley finds out how these childhood icons stay relevant as he delves deeper into youths’ reminiscences.

Exhilarated screams, the zings of virtual bullets firing at zombies, a medley of jingles emitting from various machines…  These are familiar sounds which evoke remembrances of the arcade.

“Arcades were where I spent the most time with my friends outside of school,” said Faith Goh, 19. “We used to go to arcades all the time to celebrate special occasions [and] the end of exams.”

Arcade franchises also plastered their premises with notices to restrict the entry of throngs of youths clad in school attire.

“I remember changing out of my uniform after school ended back in primary school. [My friends and I] would go down to the nearest arcade and play games with all the remaining pocket money we had,” said Faith, who is currently waiting for university to begin.

Arcade-goers could be seen virtually racing against each other, revelling in joy at receiving rare cards from a card-dispensing machine or even strutting their stuff on the dance floor.

With games catering to people with different interests, one was bound to find a game that captivated them. For Singapore Polytechnic student Sherwin Tan, 18, that game was Pump It Up. 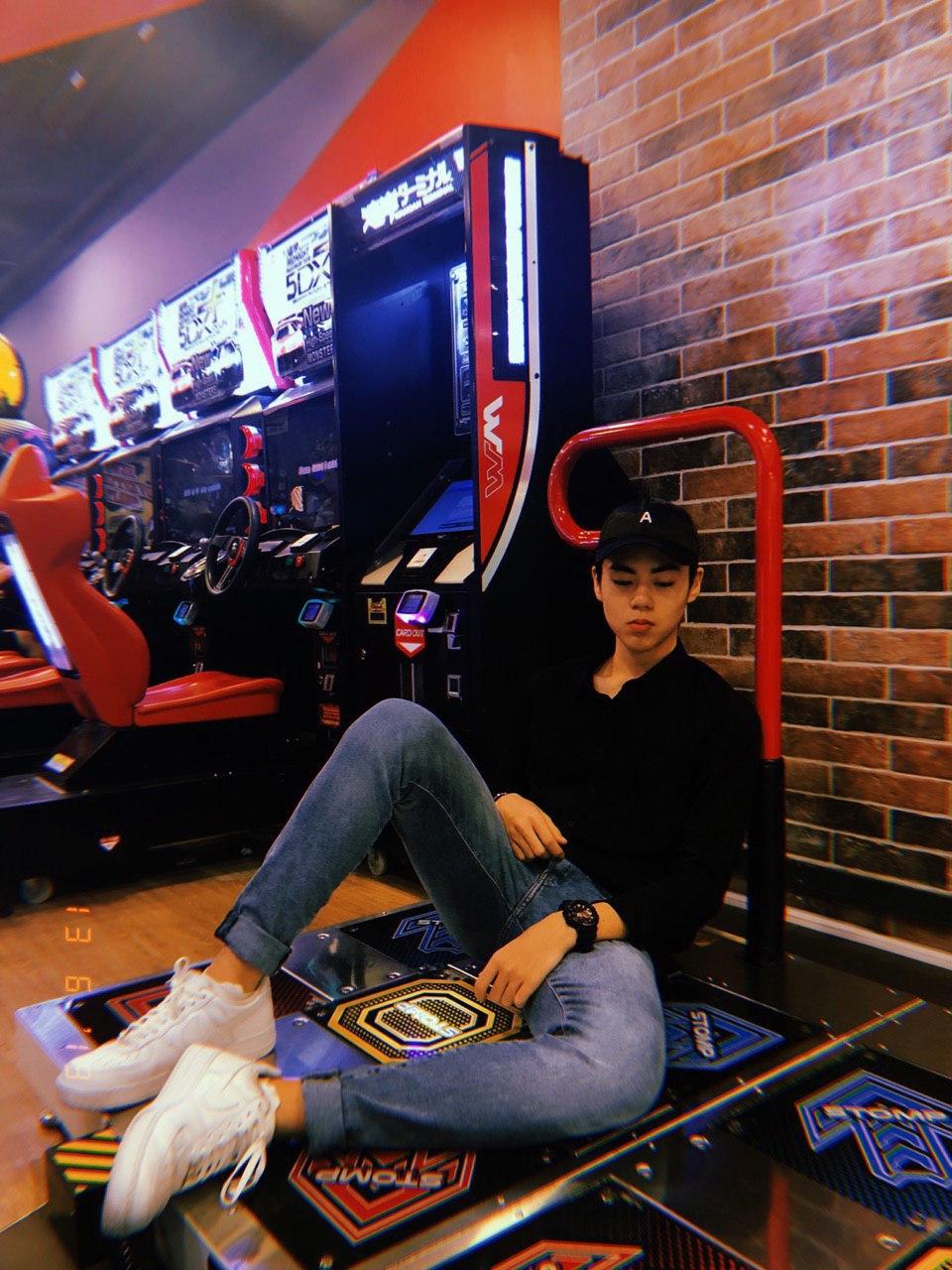 Sherwin Tan poses on the machine of his go-to arcade game, Pump It Up. Photo courtesy of Sherwin Tan.

The dance floor simulator game first caught Sherwin’s attention when he was in primary school, but he wouldn’t play it because of his shyness. Sherwin elaborated: “After ‘O’ levels ended, I took up a part-time job in the arcade, and with free games at times, I decided to try it.”

Since then, Sherwin’s love for the game has compelled him to visit the arcade regularly. He said: “[Before the circuit breaker], I would go maybe once every two weeks, [spending] one to two hours inside.”

However, it seems that the days of glory are almost over for the traditional arcade. Amusement franchise Zone X had nine outlets across Singapore in 2010 but now only three still stand.

“It’s definitely becoming more pricey,” Faith said. “Each game [used to] cost us around S$1 [but] games these days range from S$2 to S$4.”

With the emergence of convenient entertainment sources like the Nintendo Switch and mobile gaming, arcades have been dethroned from the apex of the entertainment scene.

“As much as I would like to see youths hanging out physically in arcades, technology has already [taken] over [many] of the things that we do,” Sherwin conceded, further elaborating that the future of arcades seemed bleak.

“I doubt that arcades would flourish in the future, since playing games online might even be cheaper,” he added.

I doubt that arcades would flourish in the future, since playing games online might even be cheaper. 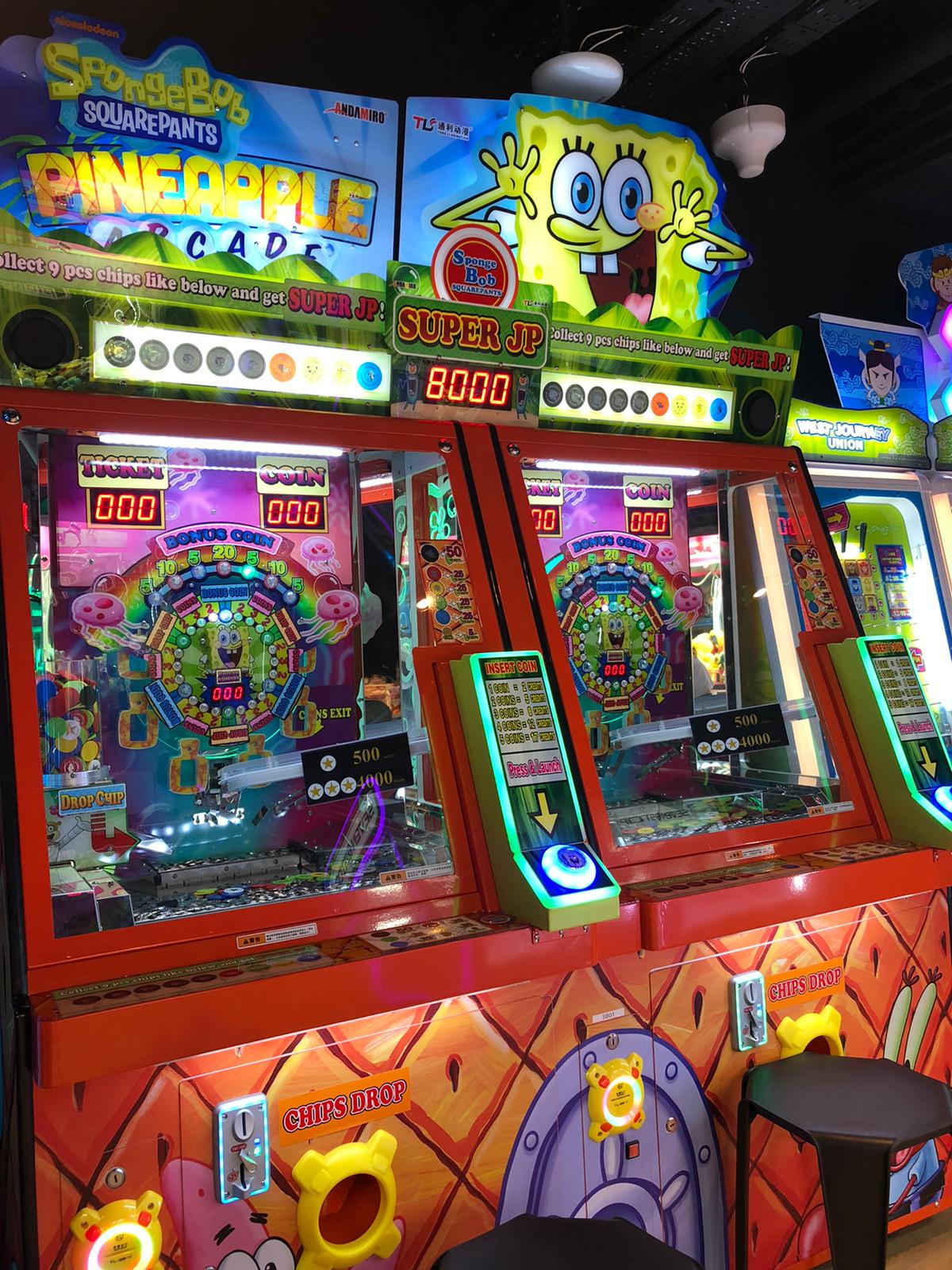 The SpongeBob coin pusher machine is a fan favourite game among frequent customers of Arcade 1998. Photo courtesy of Jones Ong.

With rising demands for different forms of entertainment, new arcade concepts have emerged in a bid to remain relevant.

Arcade 1998, a new business that opened in December 2018, stands out by deviating from the traditional style of arcades with their basketball machines and racing games. Instead, the modern arcade relies on retro themes and a ticket redemption system with a high win rate to capture its market.

The founder, Jones Ong, 22, started by operating HypeDrop, a game machine which gives players a chance to win ‘hype’ clothing from brands such as Off-White and Supreme.

“When looking around for a new business [idea], we found that many adults lacked avenues to de-stress,” explained Jones. “[Arcade 1998] was a natural progression of HypeDrop as we saw an exploding demand for ticket redemption arcades in Singapore.”

Featuring a variety of claw machines, the modern arcade places a high emphasis on low costs and attractive prizes ranging from iPhones to classic arcade prizes like giant plushies.

“We take pride that customers are able to get the most value for their money whilst walking away [content] that they were not cheated,” added Mr Ong, 22. “As customers of other arcades, we felt that we often left these centres feeling like losers as we were cheated of our money for a mere keychain or eraser.”

As customers of other arcades, we felt that we often left these centres feeling like losers as we were cheated of our money for a mere keychain or eraser.

Merging futuristic technology and the tangibility of a physical space is Sandbox VR, which utilises state-of-the-art virtual reality (VR) technology to provide its audience with an immersive gaming experience. 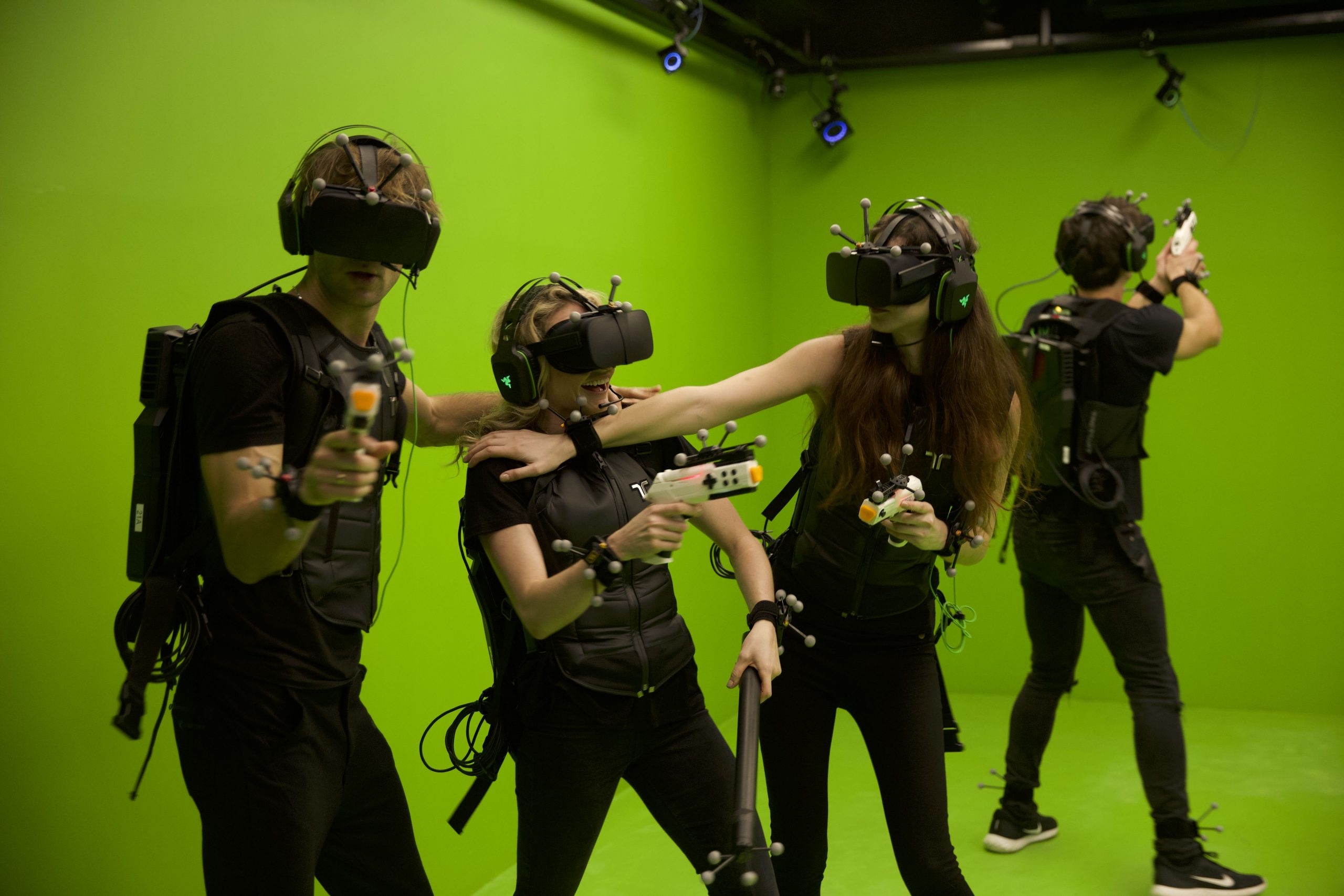 A group of arcade-goers donning their VR goggles and interacting within the virtual world projected within. Photo courtesy of Eugene Goh.

Launched in 2018, Sandbox VR’s Business Advisor Eugene Goh, 29, said that there is “an increasing demand for VR-related activities” locally, and that their “daily occupancy rate is approximately 75 per cent”.

Mr Goh elaborated: “I feel that the main allure is the novelty of the experience where the user enters a different world in a first-person perspective…  It is a new take on the regular team-bonding activity and this fresh perspective helps bring in the customers.”

I feel that the main allure is the novelty of the experience where the user enters a different world in a first-person perspective… It is a new take on the regular team-bonding activity and this fresh perspective helps bring in the customers.

However, Mr Goh commented that while Sandbox VR taps on futuristic technology to delight crowds, there is a niche that traditional arcades fulfil and cannot be replaced. He explained: “[Our] experiences are more costly than your regular amount spent in arcades… I feel that traditional arcades provide a different experience than VR outlets, and there is no need to change the way they operate.”

Although the lifespan of the new arcade scene remains to be seen, one thing that can never be taken away from traditional arcades is the nostalgia they evoke; the authentic memories imprinted in the minds of its visitors that remind them of the good old days.

“Even though I operate a VR outlet, I love spending time in traditional arcades [and] going through the various interesting machines they have,” admitted Mr Goh.

Jones added: “We have had many customers explain that the amusement centre is an avenue for them to meet friends and unwind. In fact, it’s an entire community in these centres.”

“We try to provide customers with experiences that cannot be found anywhere else.”